France has made it back in the World Cup final for the first time since 2006.  Samuel Umtiti used his head to score from a corner kick in the 51st minute and earn France a 1-0 victory over Belgium on Tuesday in the first of the all-European semifinals. The French danced on the field after the final whistle and shook the hand of Thierry Henry, who helped Les Bleus win the World Cup in 1998 but had been hoping to eliminate his native country as Belgium’s assistant coach. France’s fans sang in the stands long past the end of the match. On Sunday in the final in Moscow, France will face either Croatia or England, who play Wednesday at the Luzhniki Stadium in the Russian capital. 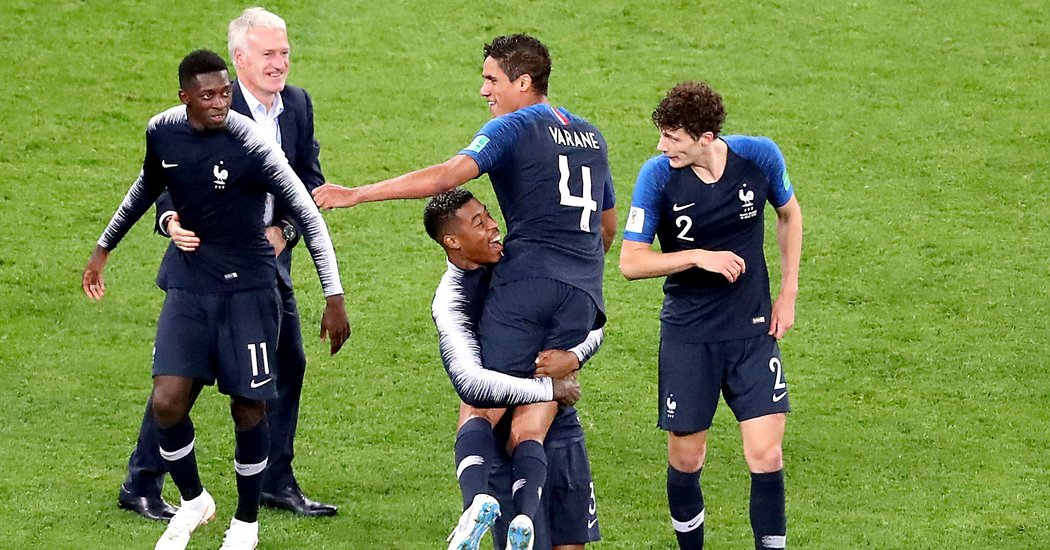 France Rides to World Cup Final on Defense’s Back

Via www.nytimes.com
ST. PETERSBURG, Russia — They talked about the attacking for two days before France played…
07/10/2018 5:05 PM