Fox’s “Empire” will return for a sixth season, but without cast member Jussie Smollett — at least for now. Fox Entertainment and 20th Century Fox TV said in a joint statement: “by mutual agreement, the studio has negotiated an extension to Jussie Smollett’s option for Season 6, but at this time there are no plans for the character of Jamal to return to ‘Empire.” What this means is the studio isn’t including Smollett in the series, but is leaving open the possibility of his return.

In a release announcing the show’s renewal, Fox Entertainment President Michael Thorn said the show “continues to break barriers with its emotionally powerful storytelling, and it remains a core part of the Fox legacy. We know there are so many more stories to tell, and we can’t wait to see what they have in store for Season 6.”

A spokesperson for Smollett said in a statement: “we’ve been told that Jussie will not be on ‘Empire’ in the beginning of the season, but he appreciates they have extended his contract to keep Jamal’s future open. Most importantly, he is grateful to Fox and ‘Empire’ leadership, cast, crew and fans for their unwavering support.”

Smollett does not appear in the final two episodes of the show’s current season, having been written out as he grappled with the aftermath of what Chicago police have said was a staged attack. Producers said at the time that decision was made to “avoid further disruption on set.”

The “Empire” Season 5 finale airs next week. Smollett has starred on “Empire” since the show’s start in 2015. 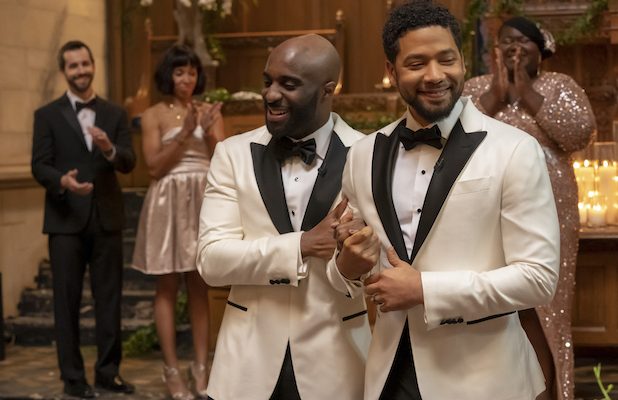 ‘Empire’ Renewed for Season 6 by Fox, ‘No Plans’ for Jussie Smollett’s Character to Return at This Time