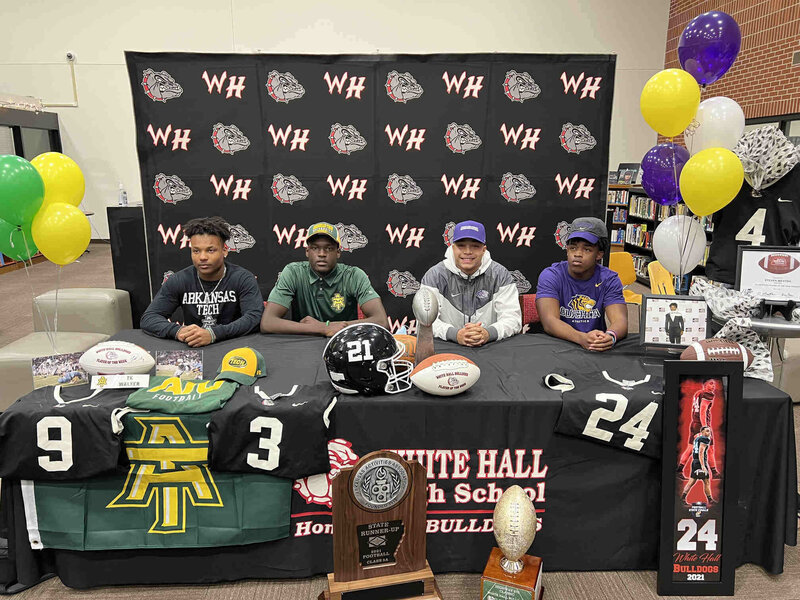 Deltaplex News was able to attend their signing day ceremony and get each of their thoughts on signing to play college football.

TK Walker, an All-Conference OLB signed with Arkansas Tech. Walker said he has dreamed about playing college football for a long time.

Braylon Johnson, an All-State Free Safety signed with Ouachita Baptist. He said it is great to have a team that believes in him.

Steven Weston, an All-State DB signed with Ouachita Baptist. He said that this “wasn’t supposed to happen” for him.