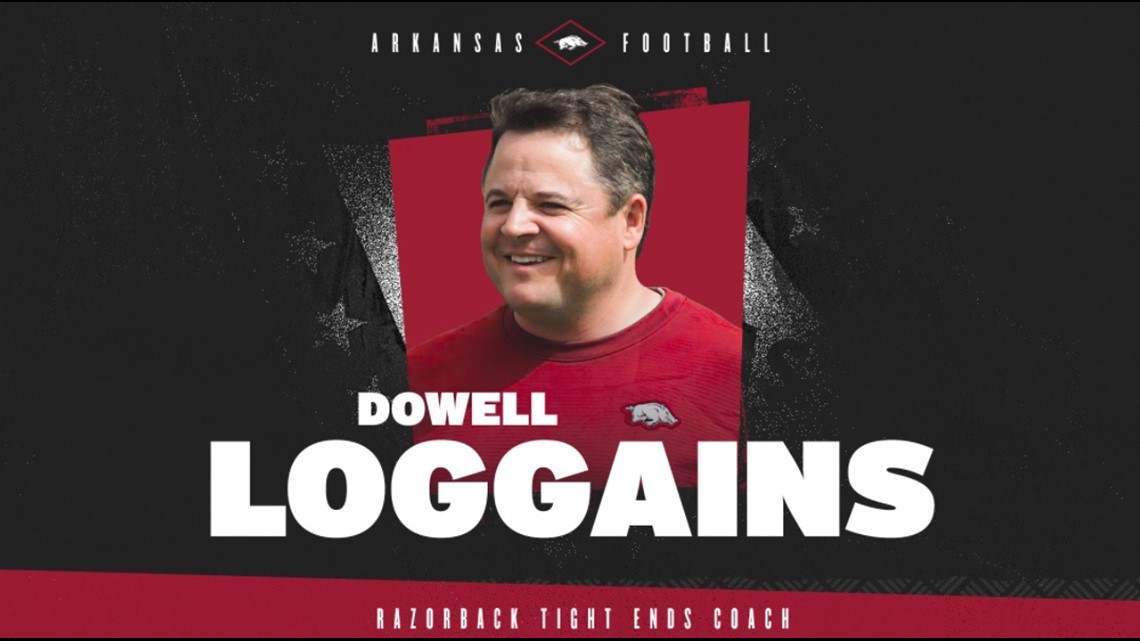 Loggains, who lettered for the Razorbacks from 2001-04, has spent the last 13 seasons in the NFL primarily as a quarterbacks coach and offensive coordinator. He served in both those roles for the New York Jets the past two seasons after spending the 2018 season as the offensive coordinator for the Miami Dolphins.

He spent three seasons with the Chicago Bears beginning in 2015, first as the team’s quarterbacks coach before being promoted to offensive coordinator the following two seasons. Loggains’ first team in Chicago featured QB Jay Cutler, who passed for 3,659 yards and 21 touchdowns that season with a career-best 64.4% completion percentage. During the 2014 season, Loggains worked with the Cleveland Browns’ signal callers under then offensive coordinator and current San Francisco 49ers head coach Kyle Shanahan.

Loggains’ NFL career began in 2005 with the Dallas Cowboys as a scouting assistant. He joined the Tennessee Titans in 2006 as a coaching administrative assistant to begin an eight-year stretch in Nashville. He served as the team’s offensive quality control coordinator during the 2008-09 seasons before landing his first on-field coaching job as the club’s quarterbacks coach in 2010. He worked with Titans’ QBs Kerry Collins, Matt Hasselbeck, Jake Locker and Vince Young during those two seasons before being named the interim offensive coordinator by head coach Mike Munchak during the 2012 season. Munchak gave Loggains the OC job full time for the 2013 season, his first as an offensive coordinator in the league.

As a Razorback, Loggains played in 50 games during his career serving as a back-up quarterback and the team’s holder. He completed one pass for 11 yards and ran twice for five yards in his career.

Cody Kennedy officially takes over as the Razorbacks’ offensive line coach. Kennedy was hired in February to coach the Hogs’ tight ends but the move back to the OL allows Kennedy to work with the position he’s spent his entire career coaching, including at Tulane during the 2019-20 seasons.