Florence + the Machine unveiled the video for “Big God” on Thursday.  The video, choreographed by Akram Khan and Florence and directed by Autumn de Wilde, is the third track to be released from Florence + the Machine’s anticipated fourth studio album High As Hope, which will be out on June 29. The band have also added additional shows to their 23-city North American fall headline tour, including second nights at Los Angeles’ Hollywood Bowl on September 26 and Washington, D.C.’s The Anthem October 6. Tickets are available to the public Friday, June 29. Previously announced dates include New York, Seattle, Portland, Nashville,Philadelphia, Chicago and more. Visit florenceandthemachine.net for more information. 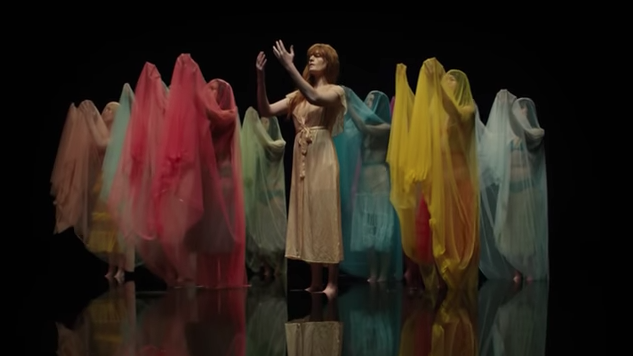