President Donald Trump issued a posthumous pardon to Jack Johnson on Thursday, the first black heavyweight boxing champion, who was sent to prison a century ago in a racially charged case. Trump said Johnson, the “Galveston Giant,” was the victim of what “many viewed as a racially motivated injustice”. Johnson held the heavyweight title from 1908-15, and was convicted by an all-white jury in 1913 of taking a woman across state lines for “immoral purposes”. The consensual relationship with a white woman was seen then by many as taboo, and Johnson fled to Europe, but returned in 1920 and spent a year in prison. Johnson died in a car crash in 1946 at the age of 68. Trump signed the pardon at a ceremony in the Oval Office attended by “Rocky” actor Sylvester Stallone, current WBC heavyweight champion Deontay Wilder and former champion Lennox Lewis. 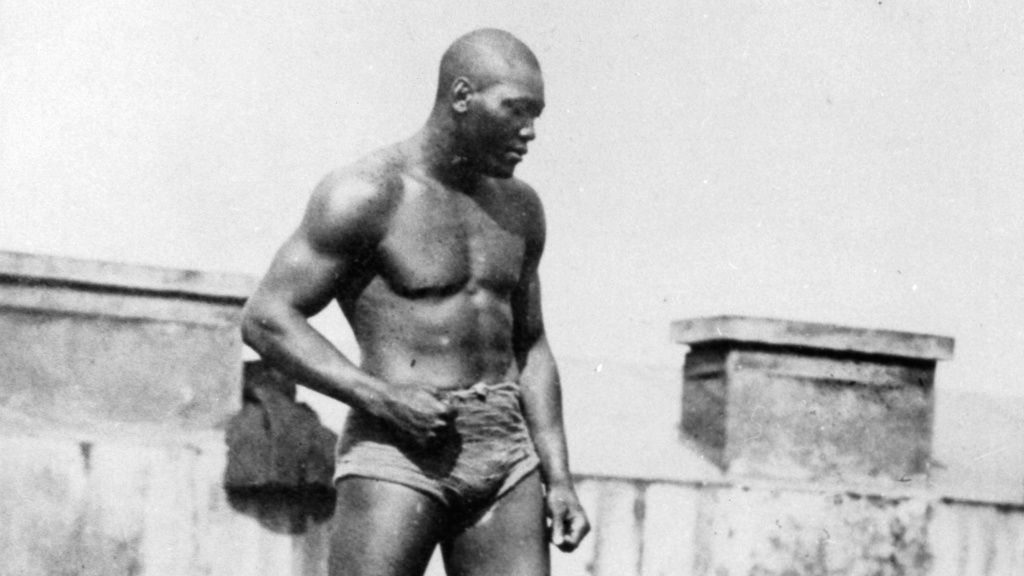