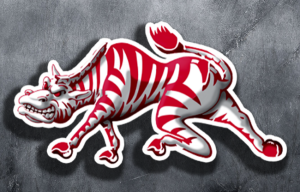 The Pine Bluff Zebras defeated the Monticello Billies on Tuesday night by a score of 67-56.

A back-and-forth first quarter between the two teams found the Zebras ahead 18-14. Senior Charles Harris had the hot hand for the Zebras with a trio of triples to start the game.

However, Shannon Strickland had 12 first-quarter points for the Billies to pace the way early in the game. To start the second quarter, Monticello sparked a 9-3 run to take a 25-21 lead over Pine Bluff midway through the quarter.

That wouldn’t matter for Pine Bluff, as the shooting display continued for Harris.

Harris scored the last 12 points of the half for the Zebras to cap off a 15-5 run to end the quarter.

Behind Harris’ 21 points in the first half, the Zebras were ahead 39-34 at halftime.

With a few minutes into the third quarter, the Zebras stretched their lead out to 45-36 with six combined points from Harris and Malcolm Howard.

After a basket by Monticello, Kaleb Higgins got hot for Pine Bluff with three triples on three straight possessions for the Zebras, extending their lead to 54-41 at the end of the third quarter.

Monticello scored seven of the first nine points in the fouth quarter, but the Zebras would continue to apply the pressure as Higgins added seven points of his own to their total.

Nichalon Smith scored the final six points for the Billies, but Pine Bluff would win the ball game.

For the Billies, Strickland led Monticello with 21 points, and Smith added 10 points.

The Pine Bluff Fillies fell to the Monticello Lady Billies by a score of 47-26 on Tuesday night.

The Lady Billies started out with a 6-0 lead, including two baskets from Shania Smith to pace them.

However, it was the Fillies who ended the quarter on a 7-0 run to take a 7-6 lead heading into the second quarter.

The Billies would regain the lead after starting the second quarter on a 10-4 run.

The Fillies nailed back-to-back triples to keep it close, but Mayela Escamilla matched the shooting display with two three-pointers of her own for Monticello to take a 22-19 lead over the Fillies at halftime.

Monticello didn’t allow a point in the third quarter as they outscored Pine Bluff 13-0, putting them ahead 35-19. From then on, the Lady Billies would finish off the Fillies for the win.

Smith led Monticello with a game-high 19 points, and Ajhane Simpson added 10 points to the total.

Amari Washington led the Fillies with eight points in the loss.