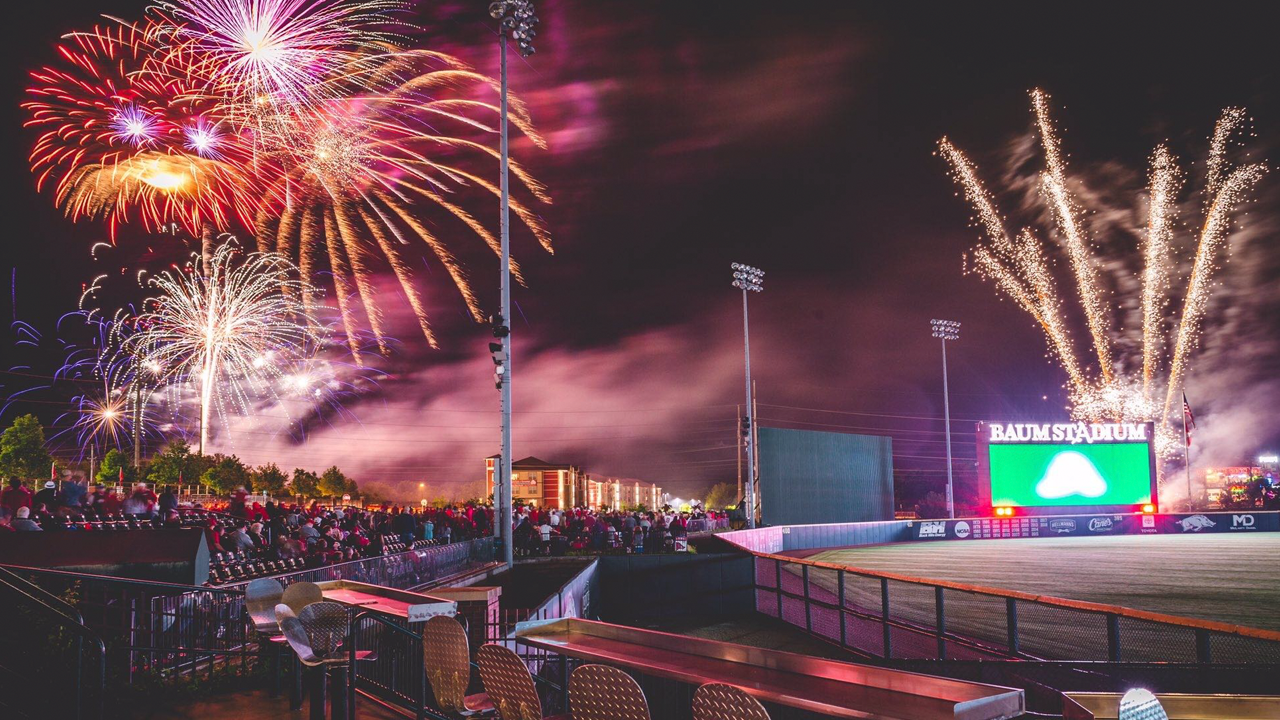 FAYETTEVILLE, Ark. – After receiving the No. 5 for the second-straight year, Arkansas baseball now knows its opponents for the upcoming 2019 NCAA Fayetteville Regional as it looks to return to the College World Series in back-to-back years.

Baum Stadium was announced as a host for the third-straight season Sunday, as the full 64-team field was announced live on ESPNU Monday morning. No. 1 seed Arkansas is scheduled to play the day game against the No. 4 seed Central Connecticut at 1 p.m. CT on Friday, May 31 while No. 2 seed California will face off against No. 3 TCU at 6 p.m. CT.

The No. 5 overall seed matches the seed last year’s team received, which is its highest in program history. Arkansas will head into tournament play as a top-8 national seed for the fourth time in school history and is making its 31st overall appearance in the tournament. It’s also the 16th appearance for Arkansas in the last 17 years and it’s the first time Baum Stadium has been selected as a host site in three-straight seasons.

Arkansas is 83-66 (.557) all-time in the NCAA Tournament, including a 57-41 (.582) record in regional action. The Razorbacks have advanced to the College World Series nine times and have advanced to a Super Regional seven times. Head coach Dave Van Horn has led Arkansas to the NCAA Regional Final in each of his last eight tournament appearances.

The team advancing from the Fayetteville, Arkansas Regional will play the winner of the Oxford, Mississippi Regional.

Tickets
All-session Hog Pen tickets are now on sale for the NCAA Regional coming to Baum Stadium this weekend. All-session tickets are $75. All reserved seating is sold out. The Razorback Ticket Office will be closed on Monday for Memorial Day, but fans can contact the office starting on Tuesday at 9 a.m. Tickets can still be purchased Monday online.

*For those who requested NCAA Regional tickets in advance*
Razorback Foundation members and season ticket holders who ordered tickets in advance will receive an email Sunday night verifying that your order has been fulfilled. Your PDF tickets will not be sent until Monday, however, once game times have been determined.

Students
University of Arkansas students will have the opportunity to purchase $15 general admission Hog Pen tickets on a game-by-game basis. Tickets for Game 1 and Game 2 of the regional will go on sale to students at 8:30 a.m. on Wednesday, May 30. Tickets for Games 3 and Game 4 will be available on Saturday at 8:30 a.m.