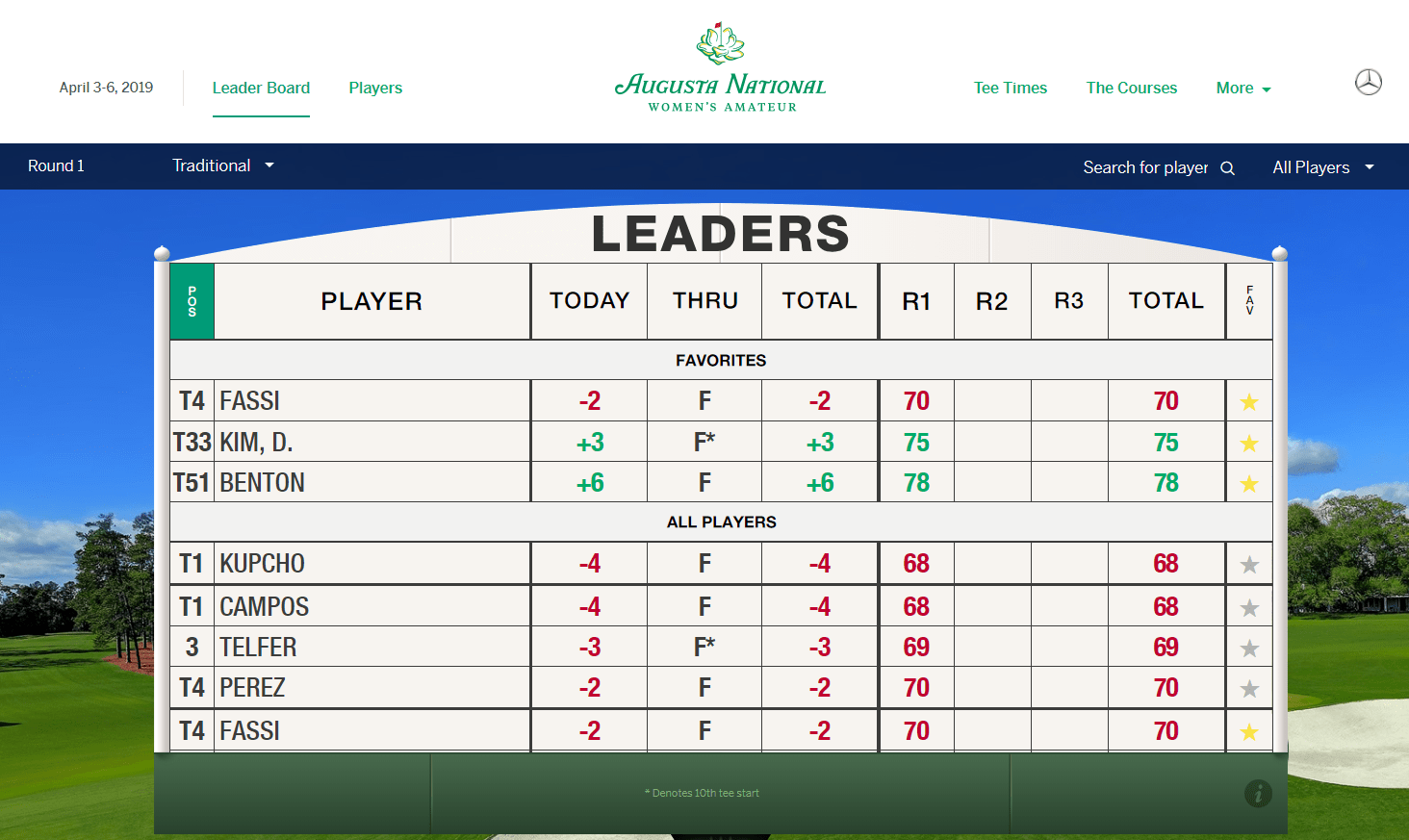 AUGUSTA, Ga. – University of Arkansas All-American Maria Fassi fired a 2-under 70 in the first round of the inaugural Augusta National Women’s Amateur at Champions Retreat on Wednesday.

Fassi is T-4 overall with a 2-under 70 after a strong series of holes around the turn. She was 1-over through the first five holes and rallied to play the next nine holes 4-under with birdies on numbers seven, nine, 10 and 14. She played the final 10 holes under par and was one of just 14 rounds that were under par for the day.

Razorback teammate Dylan Kim finished the day T-33 shooting a 3-over 75 while Kaylee Benton is T-51 with a first-day 78. Kim opened play on the back nine and turned even. The Sachse, Texas, native picked up a double and a bogey on the front side of the course in her second nine.

Benton carded her lone birdie on No. 7. Although currently in a T-51, Benton is only four shots back of the top-30 with a final round before the cut.

The trio are in the field of 72 players who compete the week before the Masters Tournament in April. The event is 54 holes of stroke play, with a cut to 30 players taking place after 36 holes. The first two rounds take place on the Island and Bluff nines at Champions Retreat Golf Club Wednesday and Thursday. The entire field will then play Augusta National for an official practice round Friday, April 5. The final round will take place at Augusta National on Saturday, April 6 and will feature the competitors who made the cut.

NBC Sports will broadcast three hours of live coverage and the Golf Channel’s “Live From The Masters” will provide coverage of the later rounds.