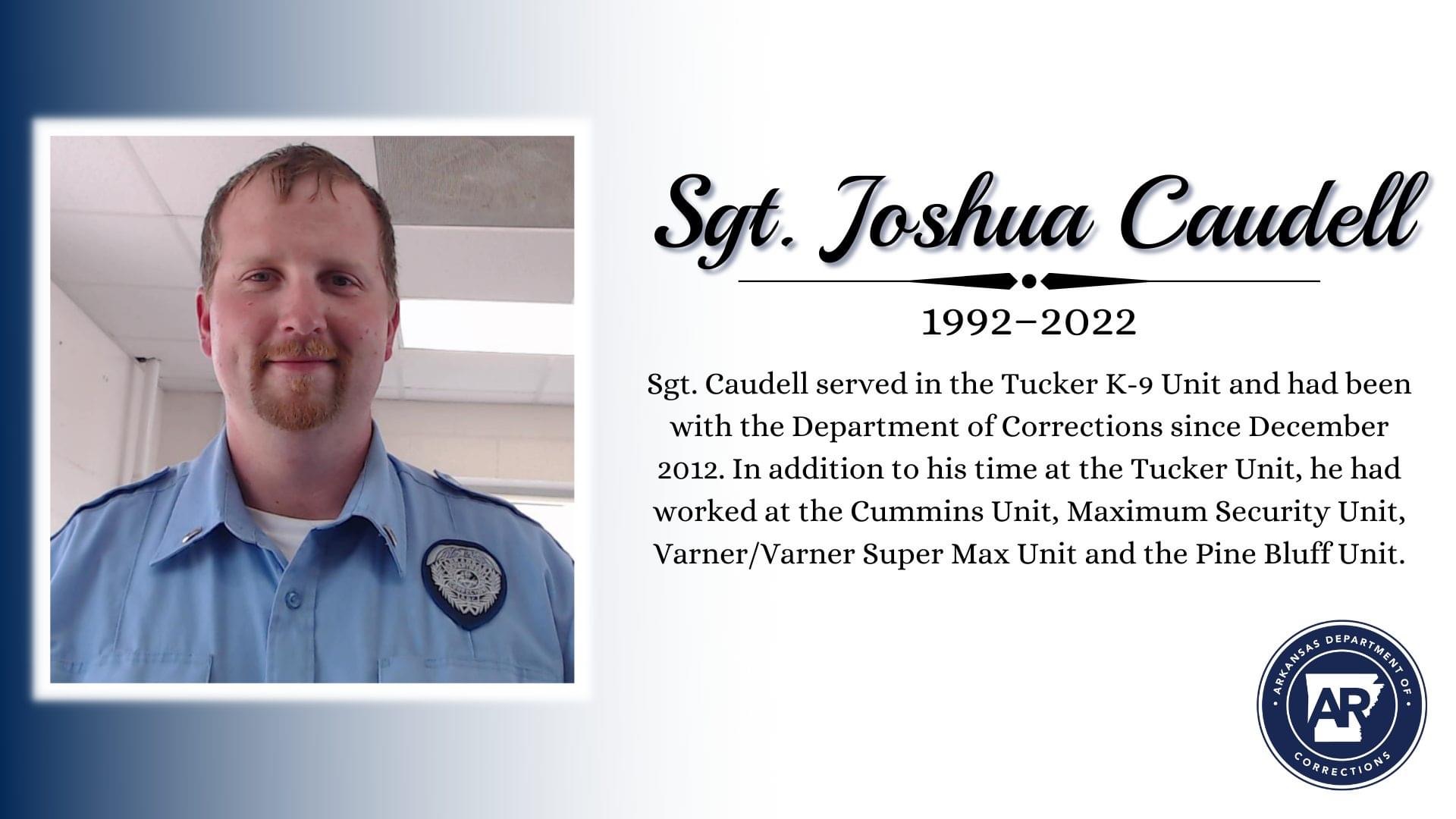 Sgt. Joshua Caudell, 29, was fatally wounded this morning while assisting the Pulaski County Sheriff’s Office in Maumelle. An ADC lieutenant also assisting was not harmed.

Sgt. Caudell served in the Tucker K-9 Unit and had been with the Department of Corrections since December 2012.  In addition to his time at the Tucker Unit, he had worked at the Cummins Unit, Maximum Security Unit, Varner/Varner Super Max Unit and the Pine Bluff Unit.

“The entire Department of Corrections mourns the loss of a dedicated officer,” said Corrections Secretary Solomon Graves. “Our thoughts and prayers are with his family during this time.”

ADC Director Dexter Payne said, “In these tough times, Sgt. Caudell and his family are in our thoughts and prayers. We not only lost an officer, we lost a brother and friend.”

The Pulaski County Sheriff’s Office says deputies were responding to a residential disturbance at a home in Maumelle, just outside Little Rock. The Department of Correction sergeant was part of a K9 team assisting the deputies.

Police believe someone fled from the home and the tracking dog led authorities to a nearby trailer.

The sheriff’s office says a person opened fire on the officers from underneath the trailer. Lt. Cody Burk tells Little Rock TV station KTHV that the sergeant was struck and killed.

Authorities have surrounded the trailer but no one is in custody yet. Several nearby schools were locked down as a precaution.