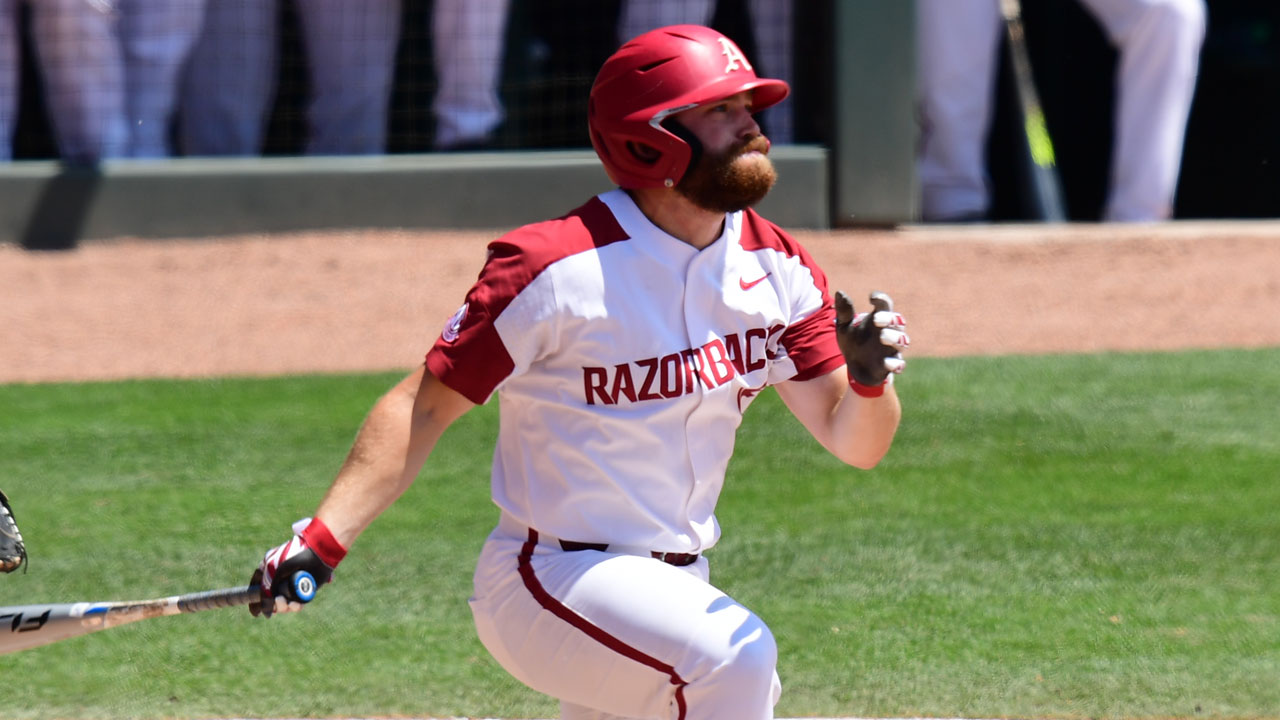 ST. PETERSBURG, Fla. – Arkansas infielder Trevor Ezell signed a free agent contract with the Tampa Bay Rays on Tuesday, making him the eighth Razorback to either be drafted or signed since the 2019 Major League Baseball (MLB) Draft earlier this month.

Ezell is the first non-drafted Razorback to sign a pro contract this summer and will be joining a Rays organization that is also home to former Razorback pitchers Jalen Beeks and Ryne Stanek. As of now, Ezell is only the third Arkansas player to sign a pro contract since the draft. Right-hander Isaiah Campbell signed his contract with the Seattle Mariners early last week and Jack Kenley signed his contract with the Detroit Tigers last week as well.

Hailing from Bryant, Arkansas, Ezell was only with the Razorbacks during the 2019 season after spending his first four seasons at Southeast Missouri State. However, he made the most of his final collegiate season, emerging as one of the Hogs’ leaders and starting all 66 games at either first base or second base, while hitting .329, good for second on the squad.

Ezell, a switch hitter, was Arkansas’ best during the postseason, going .459 (17-for-37) at the plate during the NCAA Tournament, including six doubles, two home runs and eight RBIs. In just the Super Regional against Ole Miss, four of Ezell’s seven hits went for extra-bases and he had 13 total bases over the three-game series.

Needing shoulder surgery prior to the year, Ezell was still able to make the starting lineup, but was forced to play first base for the majority of the year. Having never played the position before, Ezell still became the best defensive first baseman in the conference, earning SEC All-Defense honors, after making only three errors all season.

Over his five-year college career, Ezell started all 247 games he played in and had 335 hits, which ranked fourth-most among all active players in the nation. This year, Ezell led all Razorbacks with 19 stolen bases, the fourth time in his career he’s stolen 10 or more in a season. His 19 swipes were also the most by a Hog player in one season since Andrew Benintendi had 24 in the 2015 season.

Prior to the Super Regionals, Ezell was named this year’s Google Cloud Division I Baseball Academic All-America Team Member of the Year for his 4.0 as a graduate student in operations management. Ezell is the first Academic All-American from the baseball team since Zack Cox in 2010 and third baseball player all time (Allen Williams, 1992).

The team member of the year award is the first such honor for baseball in its history and Ezell is the second Arkansas student-athlete all time to win the award, following Andriena Byrd from the Women’s Track and Field Team in the 2001-02 season.