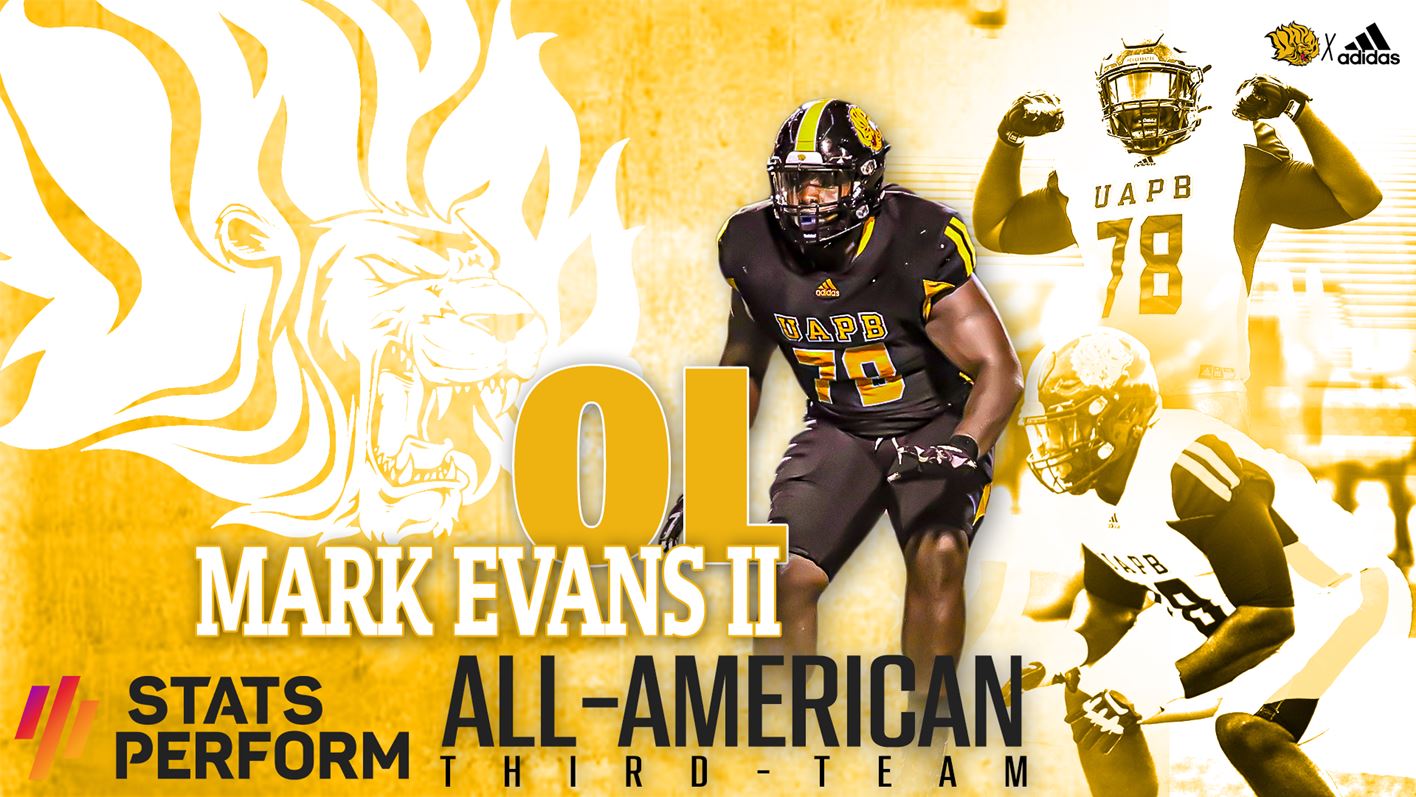 Rewarding pre-season awards continue to fall in the lap of the University of Arkansas at Pine Bluff offensive tackle standout Mark Evans II, as he was named to the NCAA Stats Perform FCS All-American Team.

Evans earned third-team honors, which is a career nod as the season approaches and the first to make such selections since Tyrin Ralph was named second-team in 2021.

Evans returning as a significant offensive threat on the front line, was recently named to the East-West Shrine Bowl 1,000 list is a three-time First Team (SWAC) All-Conference, three-time Boxtorow All-American, Boxtorow All-American Honoree, HBCU Classic All-American, and Rated top-10 HBCU player by Pro Football Network. Evans started in all 11 games and was tagged on several NFL scouts’ draft boards as players to watch. He played a significant role in helping UAPB finish in the top 6th (SWAC) in total yards per game (1,383), ranked in the top in the conference in knockdowns, and gave up only one sack for the Golden Lions.

The Golden Lions will kickoff their season opener at home (Simmons Bank Field) September 3, 2022, at 6 p.m. against Lane College.