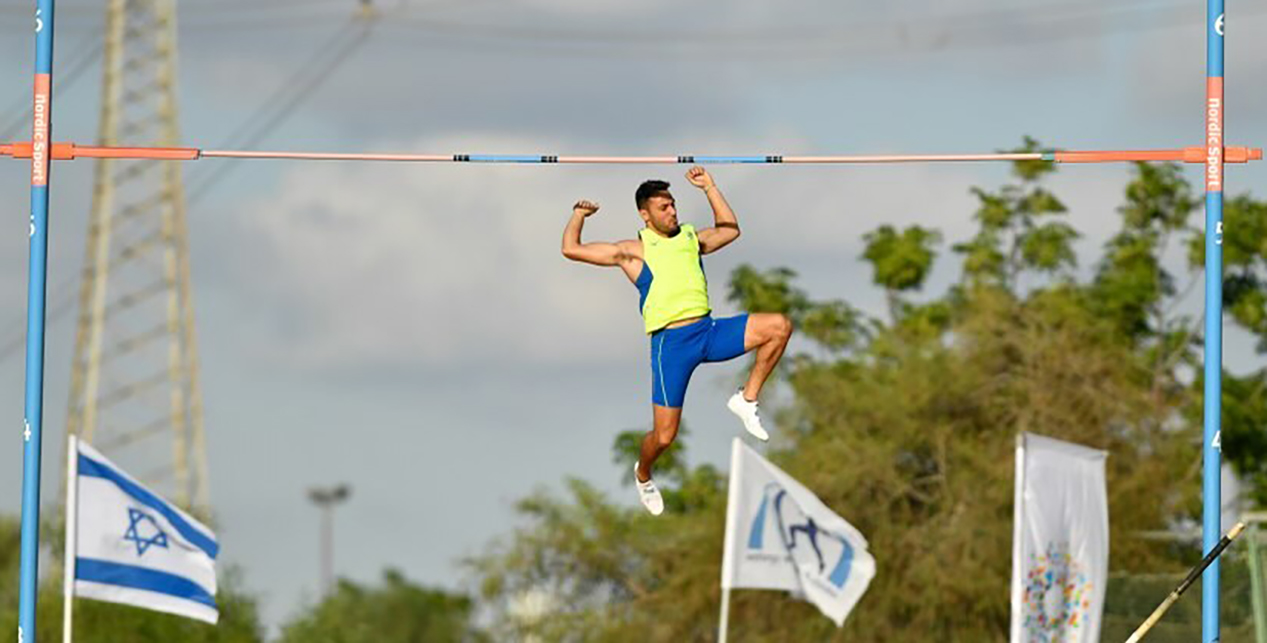 TEL AVIV, Israel – Razorback Etamar Bhastekar returned home for the Israeli National Championships and claimed the pole vault title with a clearance of 17-6 ½ (5.35) to match his best outdoor mark of this season.

This season Bhastekar improved his indoor career best to 17-8 ½ (5.40) in winning the Wooo Pig Classic at Arkansas, and outdoor best three times to 17-6 ½. Both performances rank No. 5 on the UA all-time indoor and outdoor lists. He also cleared 17-6 ½ in earning a bronze medal at the SEC Outdoor Championships.

Razorback teammate Kristoffer Hari will represent Denmark in the competition, racing in the 100m and 4×100 relay. In the women’s portion of the meet, Arkansas alum Tina Sutej pole vaults for Slovenia.

The women’s pole vault will be held on Friday with the men vaulting on Saturday. Hari competes in the 100m B race and the 4×100 relay on Friday.

The Balkan Senior Championships will be held June 26-27.