Eminem’s ‘Kamikaze’ To Make Chart History In The U.K.

Eminem’s surprise album release Kamikaze is heading for the top of the U.K. Albums Chart, which would make it his ninth consecutive No. 1 in the U.K.  This would make Eminem the most successive chart leader in U.K. history, a title that he currently holds with Led Zeppelin and ABBA (with eight apiece). Kamikaze currently has a substantial lead over the rest of the pack; at the halfway point, Kamikaze has 20,000 combined chart sales ahead of the competition, with digital downloads accounting for 60% of its tally and the remainder from streaming equivalent sales. Kamikaze is Marshall Mathers’ 10th album. 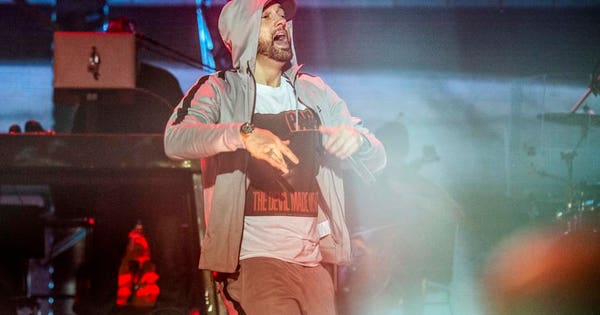 Via www.forbes.com
Eminem’s album Kamikaze is already on track for some chart-topping records. Other artists…
09/03/2018 3:47 PM