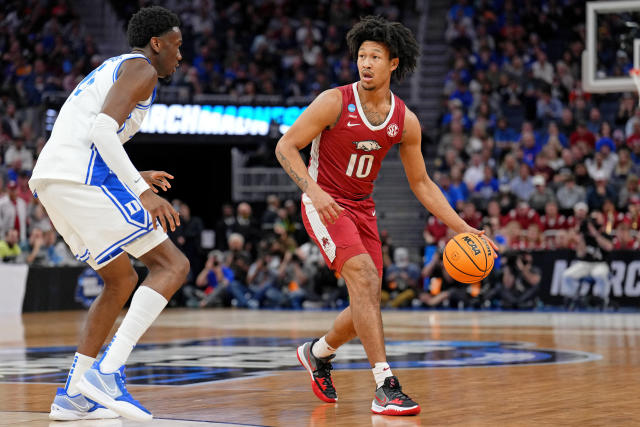 A.J. Griffin scored 18 points, Paolo Banchero added 16 and and second-seeded Duke (32-6) frustrated fourth-seeded Arkansas (28-9) on the offensive end to get back to the Final Four for the first time since Krzyzewski won his fifth championship in 2015.

Coach K will try to follow the path of the only coach to win more NCAA men’s titles as John Wooden won his 10th championship in his final season at UCLA in 1975. Krzyzewski broke the tie he had with Wooden for most Final Four appearances with the commanding win over the Razorbacks.

Duke’s upcoming matchup in New Orleans next Saturday will be historic either way — either its first NCAA Tournament meeting with archrival North Carolina or an unfathomable tangle in the national semifinals with 15th-seeded Saint Peter’s.

The Blue Devils were in control for most of the second half, using an 10-0 run after Arkansas had cut the deficit to five points early in the half to open up a big cushion.

Jaylin Williams led Arkansas with 19 points and 10 rebounds and JD Notae had 14 points before fouling out. The Razorbacks shot 41.9% for the game.