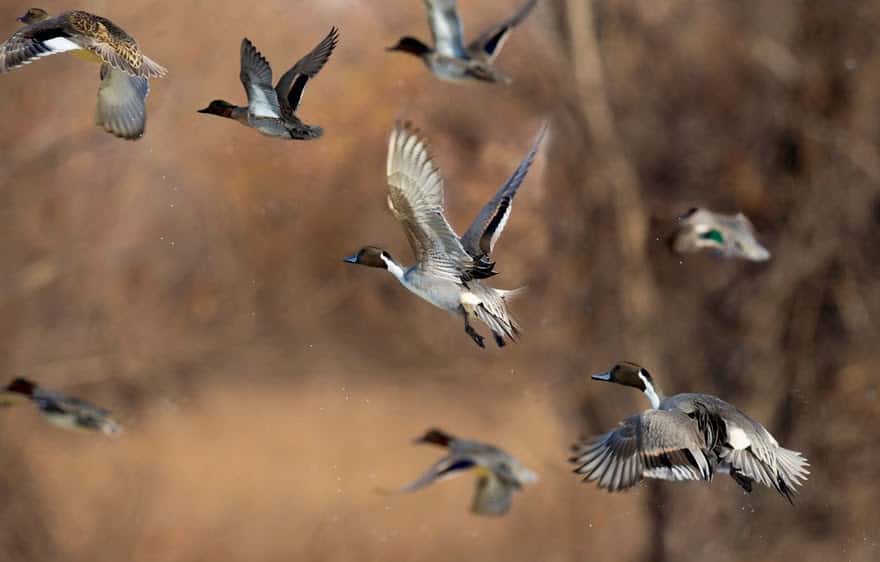 At the same time Arkansas’s early December duck population estimates were about half what is typically expected for this time of the year, Illinois aerial surveys of its usual prominent spots of duck habitat, such as the central Mississippi River region, went the other direction: about 50 percent more birds counted in their estimate than what is usually seen.

Missouri biologists and the Missouri Department of Conservation duck counts for December showed pockets in the southeast in proximity to Arkansas that contained fair numbers, though nothing to forecast a wave there waiting to move south.

From those observations, mainly around the Mississippi River, can we hunters extrapolate that numbers of ducks are still “out there,” they just haven’t made it to The Natural State in the usual numbers yet?

“Maybe some ducks are still as far north as South Dakota. Weather has been mild. Yes, numbers are higher along the Mississippi River in portions of Illinois, but numbers in Missouri aren’t really through the roof. So I don’t think we should expect ducks to be coming from Missouri. We’ve had normal to below-normal temperatures here lately, maybe lulling people into thinking ducks should be on the move. Much of the midcontinent mallard range has experienced above-average temperatures.”

Naylor probably can’t say it enough this season, but he emphasizes again, “We need rain.” Arkansas also needs the upper middle U.S. to turn wintry. Perhaps this week’s major ice and snow buildup and colder temperatures there, along with more late-year rainfall arriving here, will start a late-year push.

The Dec. 7-10 aerial survey by AGFC biologists indicated more greater white-fronted geese (300,000 estimated) than mallards in early December, though lesser geese (snows, blues and Ross’s) were less than expected for the period, at 542,231, bringing total geese estimates to more than 800,000.

Arkansas’s regular waterfowl reason has its last break Dec. 24-25 before resuming Dec. 26 and continuing uninterrupted to its close at sunset Jan. 31. Read more about = the hunting conditions on public lands by CLICKING HERE.