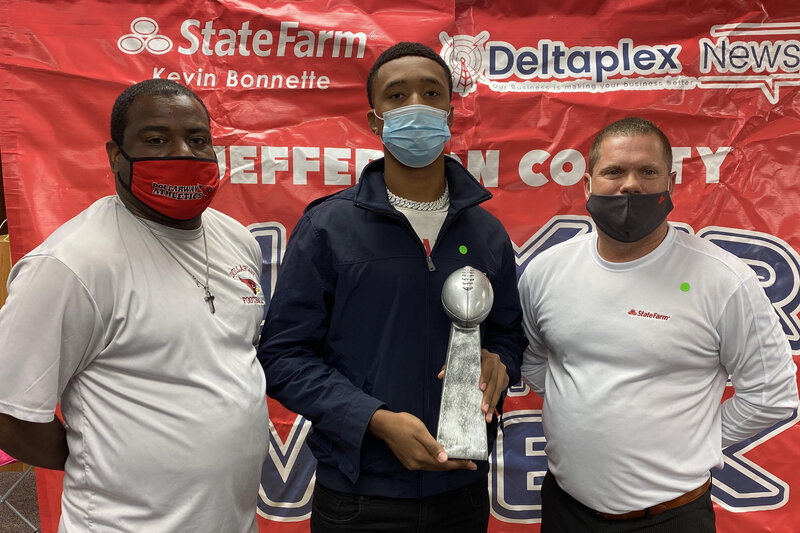 Okojie led the Cardinals defense with 12 tackles (6 solo, 6 assisted) in a 40-12 victory over Barton.

He spoke about what it means to him to be named Player of the Week.

“I’m just thankful to be able to go out to play every Friday and thankful for my teammates and coaches for this opportunity,” said Okojie. “Now we just have to get ready for this week.”

Okojie spoke about the victory over Barton as well.

“We came out slow, but the halftime speech really helped,” said Okojie. “We came out and started going them. We started lifting everybody up and got the win.”

He is also receiving some interest from several colleges in the region.

“I recently heard from Missouri State and a little stuff from UCA,” said Okojie. “I’ve got a lot of D2’s and some D3’s too. Harding, Henderson State, Ouachita Baptist, Hendrix, and Langston have all reached out.”

He also spoke about his goals for the remainder of his senior season.

“I just want to finish out the season. I haven’t been able to finish one out without an injury,” said Okojie. “I want to finish the season with 100 tackles and keep on winning and get a state championship. We can finish that goal if we just stay all together.”