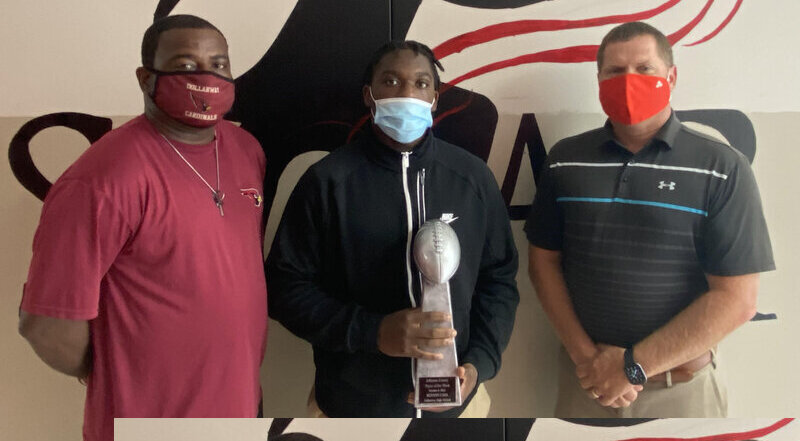 Dollarway senior athlete Kenyon Carr has been named the Week Seven Kevin Bonnette State Farm Player of the Week. Carr played well on both sides of the ball for the Cardinals in a win over Barton, recording 7 tackles, 5 sacks, and 72 rushing yards.

He spoke with Deltaplex News to give his thoughts on Friday night’s victory and more.

He said that his team treats every opponent the same as they prepare for Friday’s match up against Drew Central.

He also spoke about his goals for the rest of his senior season.

Carr stated that he is receiving recruiting interest from several NAIA schools as well as Arkansas Tech and Ouachita Baptist.