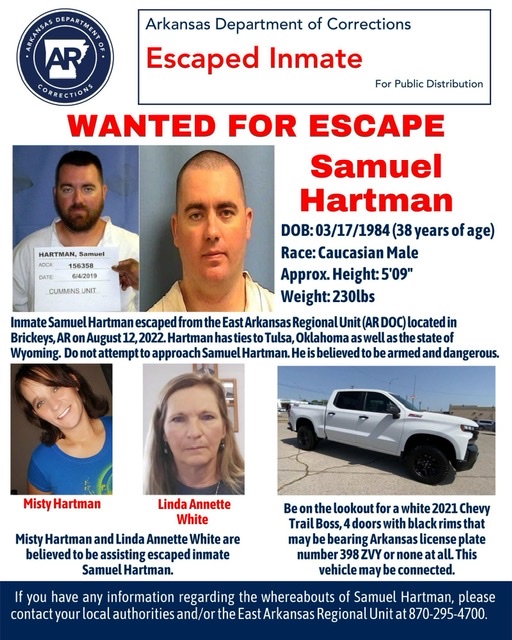 The Department of Corrections (DOC) is asking for the public’s help in locating inmate Samuel Hartman #156358, who escaped the East Arkansas Regional Unit the morning of Friday, August 12, 2022.

Misty Hartman and Linda Annette White are believed to be assisting inmate Hartman, who is considered armed and dangerous and should not be approached.

Anyone with information about inmate Hartman’s whereabouts should immediately contact local law enforcement or call (870) 295-4700. The Department is working with the U.S. Marshals Service, Arkansas State Police and other local, state and federal law enforcement to follow leads and investigate tips.

Inmate Hartman is serving a life sentence for rape out of Franklin County and has been in Arkansas Division of Correction custody since December 2013.