Disney Releases The First Full Trailer For The Live-Action “Aladdin”

The first full trailer for Disney’s live-action version of Aladdin was released Tuesday on Good Morning America, giving fans a preview of the movie’s music.

Mena Massoud’s Aladdin and Naomi Scott’s Princess Jasmine take off on a magic carpet ride in the new trailer, performing for the first time a snippet of this film’s take on “A Whole New World.”  The footage also teases Will Smith’s big number “Friend Like Me.”

Directed by Guy Ritchie, Aladdin is the latest in Disney’s live-action interpretations of its animated films.  The film also features Marwan Kenzari as Jafar, Navid Negahban as the Sultan, Nasim Pedrad as Jasmine’s friend and handmaiden Dalia, and Billy Magnussen in the new role of Prince Anders.

The film will open in theaters this May 24. Watch the new trailer in the link below. 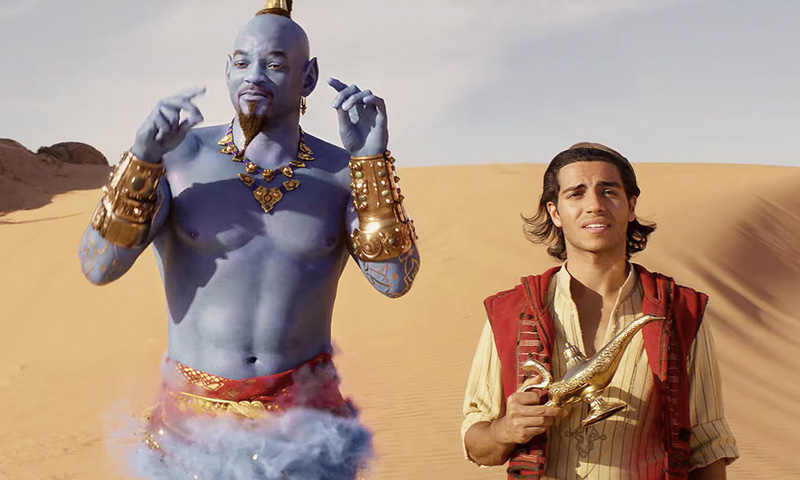