On Tuesday, the Denver Broncos announced they have traded Demaryius Thomas to the Houston Texans. The Broncos will also send a 2019 seventh-rounder to Houston and will receive fourth and seventh-round picks in the 2019 draft. Thomas was a first-round draft pick  in 2010 who earned 66 touchdown passes in 135 games including playoffs. He’s served as a captain and was a consistent receiver for quarterbacks Tim Tebow, Kyle Orton, Peyton Manning, Brock Osweiler, Trevor Siemian and Case Keenum. General Manager John Elway said in a statement ahead of his news conference Tuesday afternoon, “Demaryius had an incredible run here and we can’t thank him enough for everything he’s meant to the Broncos. He developed into an elite player over the years, establishing himself as one of the NFL’s most productive, consistent and reliable wide receivers. D.T. was a big part of so many wins and memorable moments as a Bronco. Although it’s tough to end this chapter, we’re excited about the talent we have at the wide receiver position and wish Demaryius all the best with the Texans.” 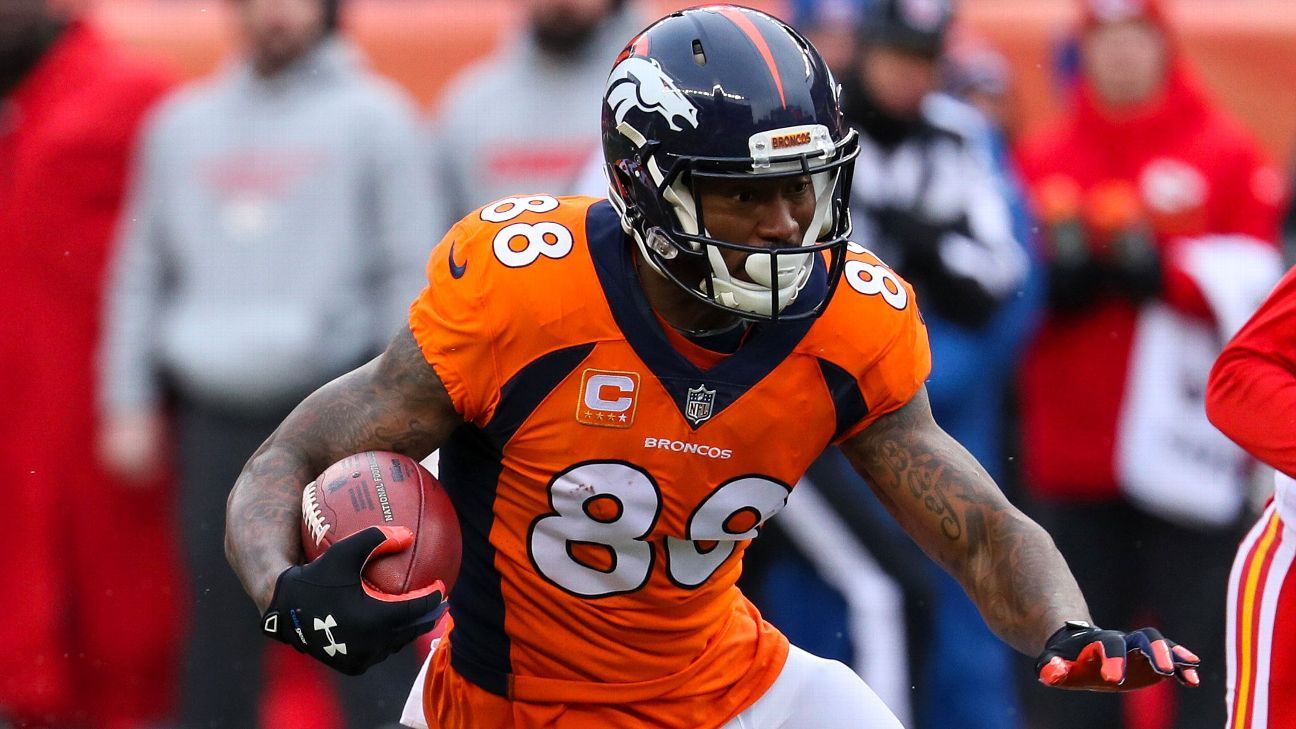