After President Donald Trump doubled-down on his attack of four freshman congresswomen, the lawmakers have spoken out against his remarks.

On Monday, President Trump wrote: “If Democrats want to unite around the foul language & racist hatred spewed from the mouths and actions of these very unpopular & unrepresentative Congresswomen, it will be interesting to see how it plays out.” Over the weekend, he said the four freshmen lawmakers should go back to what he calls “the “broken and crime infested” countries they came from. All four women are American citizens; three were born in the U.S.

Standing together, the lawmakers nicknamed “The Squad,” responded to the series of tweets by the President. Rep. Ayanna Pressley of Massachusetts told reporters at a news conference Monday afternoon that the President’s remarks are a “disruptive distraction” and said that she would encourage the American people “to not take the bait.” She was joined by Reps. Alexandria Ocasio-Cortez of New York, Ilhan Omar of Minnesota and Rashia Tlaib of Michigan. 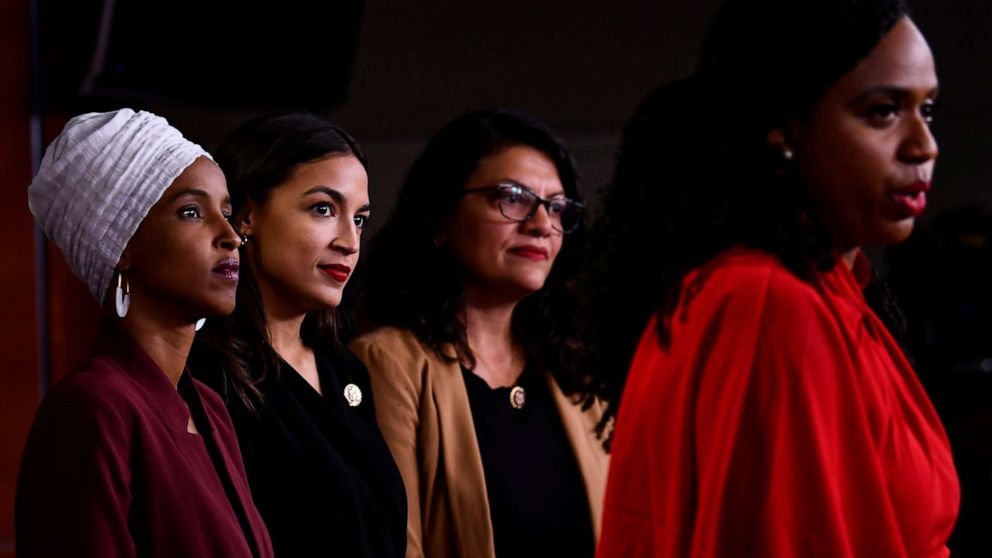 ‘Do not take the bait’: Democratic lawmakers respond to Trump’s ‘go back’ remarks