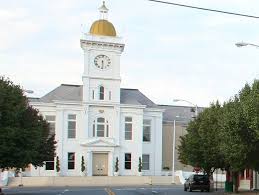 The Democratic Central Committee (DCC) that represents Jefferson County conducted a local emergency convention Wednesday to elect a new candidate for Justice of Peace District 13 due to the resignation of Edward Spears.

The DCC Chairman Ted Davis spoke to Deltaplex News explaining that he received the letter of resignation on Tuesday from Spears and immediately notified the Democratic Party of Arkansas (DPA). He explained that the DPA called for an immediate replacement for that opening with the deadline of Thursday to submit.

Davis explained more about the immediate election that had to take place to fulfill that candidacy.

The committee voted 10 to 9 in favor of  Bishop-Gaddy and she will be the democratic candidate for District 13. All votes for that district in Jefferson County will go towards her ballad in November’s election.