Dan + Shay just released acoustic versions of their two most recent No. 1 hits — “Speechless” and “Tequila.” The tunes are available across all major music service providers.

“Speechless” is currently No. 1 on the Billboard Country Airplay chart for the fourth consecutive week, inspired by Dan’s marriage to Abby Law and Shay’s marriage to Hannah Billingsley. The video for “Speechless” features footage from both Dan and Shay’s weddings. “Tequila” became the duo’s first multi-week No. 1 single in July 2018.

Dan + Shay posted on their Twitter page: “we noticed a lot of you wanting an acoustic version of speechless for weddings, so we recorded one.  and we recorded tequila.  since speechless is #1 at country radio, and tomorrow is the one-year anniversary of tequila, we thought midnight might be a good time to drop both. “

Take a listen to the acoustic versions of both songs in the link below. 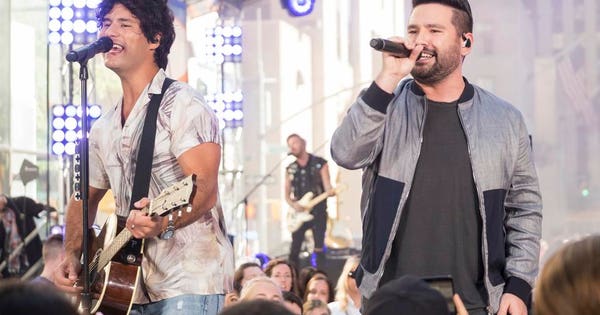 Via www.forbes.com
This week has been a special one for Grammy-nominated recording artists Dan + Shay, composed of…
01/10/2019 3:42 PM