Country star Craig Morgan spent almost 10 years on active duty in the U.S. Army in the 101st and 82nd Airborne Divisions, and now he will be awarded the Army’s Outstanding Civilian Service Medal in recognition of his dedication to entertaining troops and their families around the world. The Outstanding Civilian Service Medal is one of the highest awards that the Department of the Army can bestow upon a civilian. The Army is recognizing Craig for his significant dedication to supporting military members. Craig has made 15 overseas tours for U.S. troops and performed for more than 37,000 service members and their families all over the world. Craig has scored numerous Top 10 hits over his career and recently completed his 10th USO Tour to entertain U.S. military members stationed overseas. Craig served in the Army for nearly two decades, both as an active duty soldier and in the reserves. 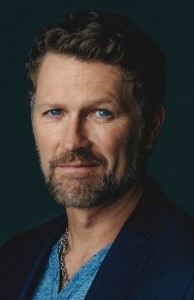 Via www.allaccess.com
BLACK RIVER ENTERTAINMENT’s CRAIG MORGAN … The Outstanding Civilian Service Medal is one of…
05/30/2018 11:53 AM

Luke Combs, Maren Morris offer their perspectives on the importance of accountability in country music