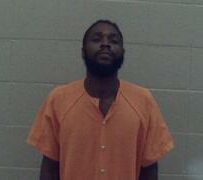 The individual robbed around 5 a.m. outside of her residence has been identified as Councilwoman Joni Alexander. Alexander informed Deltaplex News of this information and has given permission to inform the public.

Additionally, Alexander has provided video of the robbery as it takes place. Viewers will notice three individuals approaching Alexander with rifles drawn. They then stole her purse, and began shooting as they ran away.

30-year-old Rodney Whitmore has been arrested in connection to this robbery, and is being held on $150,000 bond. The other two individuals involved with the robbery have not been arrested at this time.

The reported robbery of an individual in the early morning hours Sunday resulted in the arrest of one man who allegedly admitted his involvement.

When he was questioned, Rodney Whitmore, 30, reportedly told police he did not know the names of the other two individuals involved but said he did point a gun at the victim and take her purse.

The female victim told police her cousin dropped her off at her residence at about 5 a.m. and said she was talking to the cousin when three males armed with large firearms approached them, told her to shut up, and took her purse, then fire the guns in the air.

Detective Keith Banks reported that a witness told police they saw Whitmore with a handgun and a purse and knew Whitmore had robbed a woman.

The purse was found behind the house on Chestnut Street burned and the cell phones were broken.

Because of two pending felony charges, Pine Bluff District Judge John Kearney set a $150,000 bond for Whitmore after ruling prosecutors have probable cause to charge him with aggravated robbery and theft of property. He was ordered to have no contact with the victim and said he would hire his own attorney.