Community leaders say it expresses how the city has progressed over the years, but not everyone thinks it’s innocent.

A new mural depicting the city of England in an earlier time period is now on display. “They want it to be taken down and they want to be spray-painted over,” England resident Phillip Hollis said. The England Chamber of Commerce says the new piece of public art replaces a chipped mural in the same location. They say they overtook the project to beautify downtown, as well as showing how the agricultural town formed and progressed. 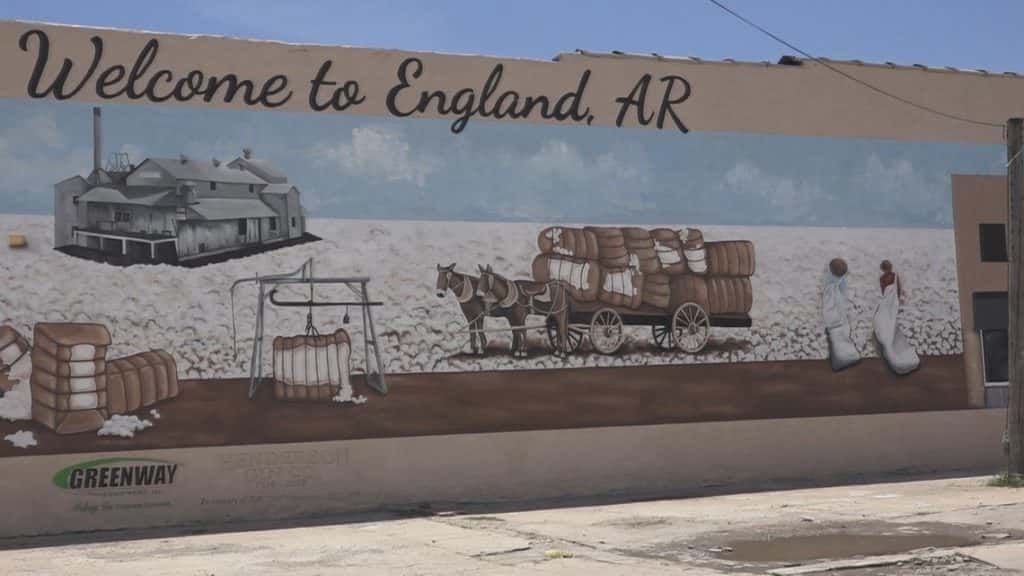 “We have all benefited from what our families had to do in the past,” chamber of commerce volunteer Shannon Hollis said. “We get to have privileges that they didn’t have.” But others say the explanation doesn’t matter. “I just see cotton and two men,” Phillip Hollis said. “The first thing I thought was they lost their minds.” He believes the painting portrays a slave plantation.

While some struggle to see it as racist, others say the image is not a good look for their small town. As of now, there are no plans to make changes or take it down

Disagreement between the City of England and Emergency Ambulance Service Inc., (EASI) resolved