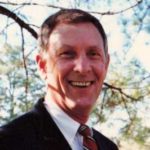 Born Louis Conner Morschheimer, Jr. November 17, 1935, he was the son of Julia and Louis Morschheimer of Parkdale, Arkansas. He was the grandson of Mr. and Mrs. Benjamin Wade Allen of Hamburg and Mr. and Mrs. Charles Calvin Morschheimer of Parkdale. Both the Allens and Morschheimers were pioneer families of Ashley County. Even though he was an only child, Conner was blessed with a large extended family. On the Allen side, he had two uncles and two aunts who gave him 14 first cousins. On the Morschheimer side he was blessed with uncles, aunts, grandparents and two first cousins who lived within a two-block area of his home.

Conner graduated from the University of Arkansas, where he was a proud member of Sigma Chi fraternity. In 1957, he met the love of his life, Gail Smithson, of Ft. Smith, Arkansas. In November, 1958 they married while Conner was serving a six-month Army Reserve basic training course at Fort Chaffee. They moved to Memphis so Conner could attend Murdoch’s Cotton School, and upon graduation, the couple settled in Pine Bluff in August, 1959. Conner became a cotton merchant and later served as president of the Arkansas-Missouri Cotton Association. He was a lifelong Razorback fan in all sports, especially football and baseball.

The couple had two daughters, Stacy Muntzel (Michael) and Julia Weisbecker (Gib), both of Little Rock. Gail predeceased Conner in 2014, after 57 years of marriage. He is survived by his daughters, and two grandsons, Conner Weisbecker and Ben Weisbecker.

The family would like to thank all the wonderful nurses and staff who cared for him at Brookdale Chenal Heights and Arkansas Home Hospice. There will be a private burial service in Hamburg, Arkansas. In lieu of flowers, memorials may be made to donor’s favorite charity.