Congress And White House Agree To Spend $2 Trillion On Infrastructure

On Tuesday, Democratic leaders said that they reached an agreement with President Donald Trump to spend $2 trillion on infrastructure, calling the meeting “very productive.”

Senate Minority Leader Chuck Schumer, House Speaker Nancy Pelosi and several Democratic lawmakers met with Trump at the White House to negotiate on spending that’d rebuild the country’s bridges and highways as well as expand broadband to every home. Schumer told reporters outside the White House that “there was good will in this meeting and that was different from some of the other meetings we had.”

Schumer said they’d all meet again in three weeks to discuss how to pay for the infrastructure spending, adding that when they entered the meeting, they started at a lower number, but said that Trump was “eager to push it up to $2 trillion.”

The bipartisan deal comes at a time when Trump’s White House is clashing with congressional Democrats on investigations into the president, his businesses and a number of his allies. When asked by reporters if any of those investigations came up during the meeting, both Democratic leaders said Trump never brought them up. Schumer said he believes Democrats can both work with the president on mutual priorities as well as continue to investigate him. 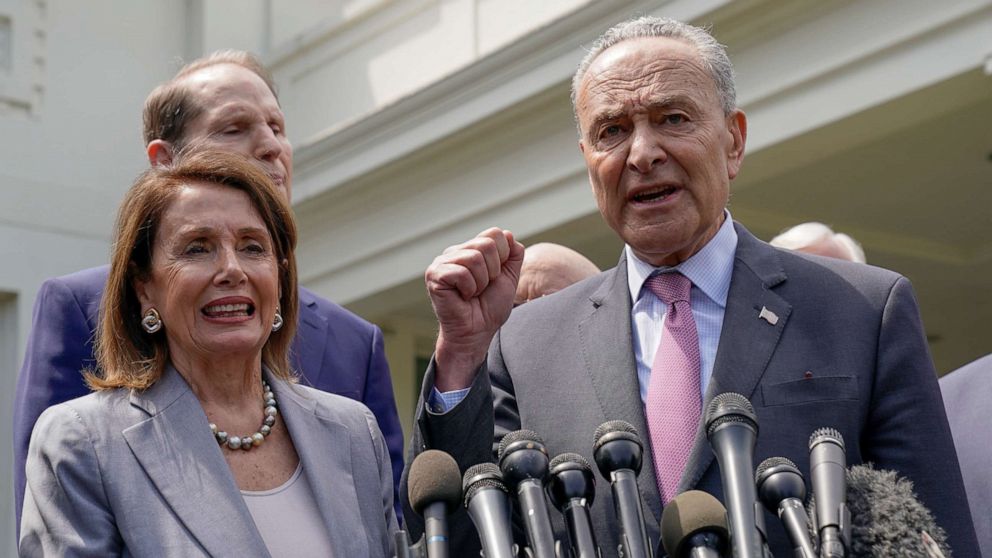 Via abcnews.go.com
Democrats met with President Donald Trump at the White House on Tuesday to discuss a bipartisan…
04/30/2019 3:02 PM

Toddler falls from window of home, mauled to death by family’s 2 pit bulls when he lands