Comeback Against LSU Comes Up Short

Comeback Against LSU Comes Up Short 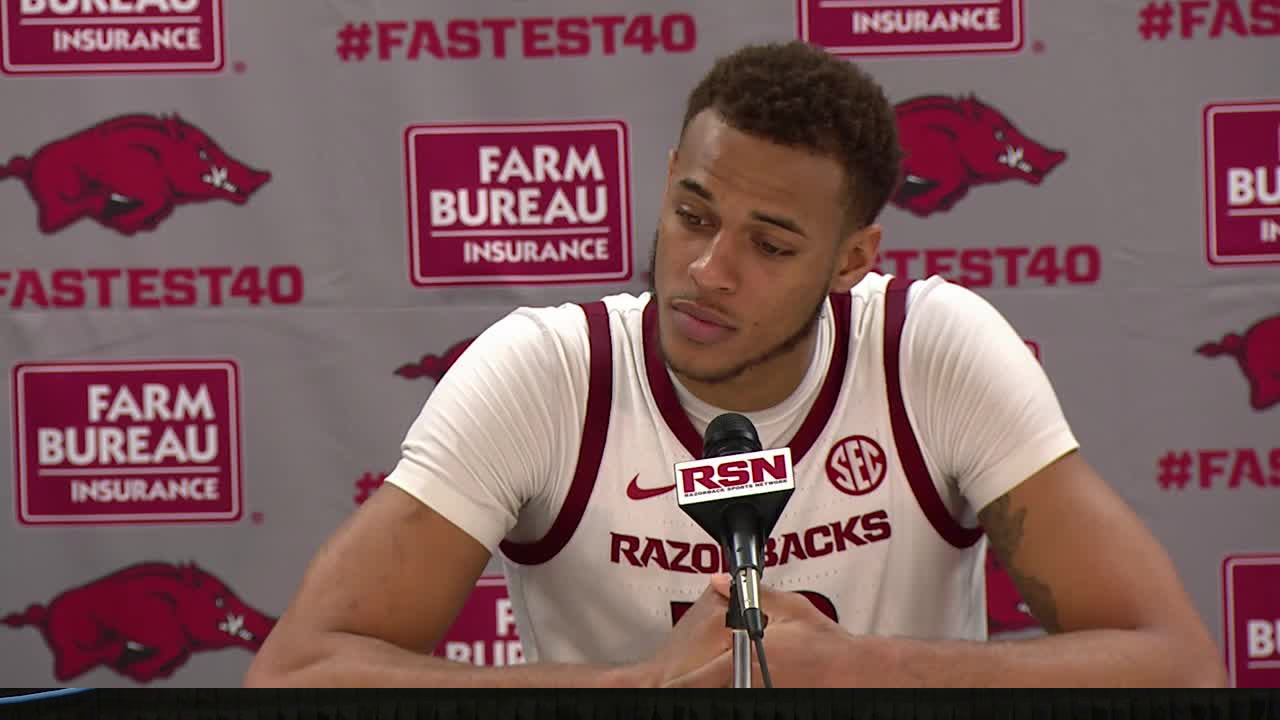 Down 13 in the second half, Daniel Gafford (32 points) and the Razorbacks stormed back against LSU and tied the game, 81-81, to force overtime. The Tigers outscored Arkansas 13-7 in the overtime period to come away with the 94-88 win.

FAYETTEVILLE – Daniel Gafford scored a career-high 32 points, including a dunk to force overtime, but LSU hit a pair of 3-pointers to start the extra period and held on for a 94-88 victory Saturday evening at Bud Walton Arena.

For the second straight game, Arkansas came back from a double-digit deficit in the second half but ultimately would suffer a six-point loss. In fact, all five Razorback losses have come down to the wire this season with an average margin of defeat being 3.8 points.

With 9:19 left in the second half, Arkansas was down 12 (73-61). The Razorbacks went on a 12-0 run including five points from Gafford and a game-tying dunk by Reggie Chaney with 5:00 left in regulation. LSU’s largest led inside the last five minutes of the second half was four points (81-77), but Mason Jones converted a layup on a steal from Chaney with 1:58 left and, after getting a stop on the defensive end, Arkansas tied the game at 81-81 on a Gafford dunk with 30 ticks left.

LSU got two shots to win it in regulation but could not convert to put the game in overtime.

Gafford started overtime with a layup, which was the Razorbacks’ only lead in the game. LSU erased its only deficit 30 seconds later on a Ja’vonte Smart 3-pointer. Naz Reid, who was 4-of-4 from 3-point range, followed with a jumper beyond the arc. Gafford answered with a dunk and Isaiah Joe later made a free throw to get Arkansas to within three (89-86) with 1:36 left in overtime. However, that is as close as the Razorbacks could get.

In addition to Gafford’s 32 points, Mason Jones contributed 22 with six rebounds. Chaney bounced back strong to score tie his career high in both points (12) and steals (4) while blocking two shots.

Reid led Tigers with 27 points. Tremont Williams recorded a double-double as he scored 17 points and had 11 assists. Marion Taylor was 7-of-8 from the field and 6-6 from the free throw line in scoring 21 points.

Arkansas will hit the road for a pair of SEC road games. First, the Razorbacks will play at Tennessee on Tuesday (Jan. 15) at 6 pm on ESPN2. Arkansas will then travel to Ole Miss on Saturday (Jan. 19) with tip-off set for Noon on the SEC Network.

SECOND HALF: Arkansas shoots 54 percent from the field and held LSU to 38 percent shooting.