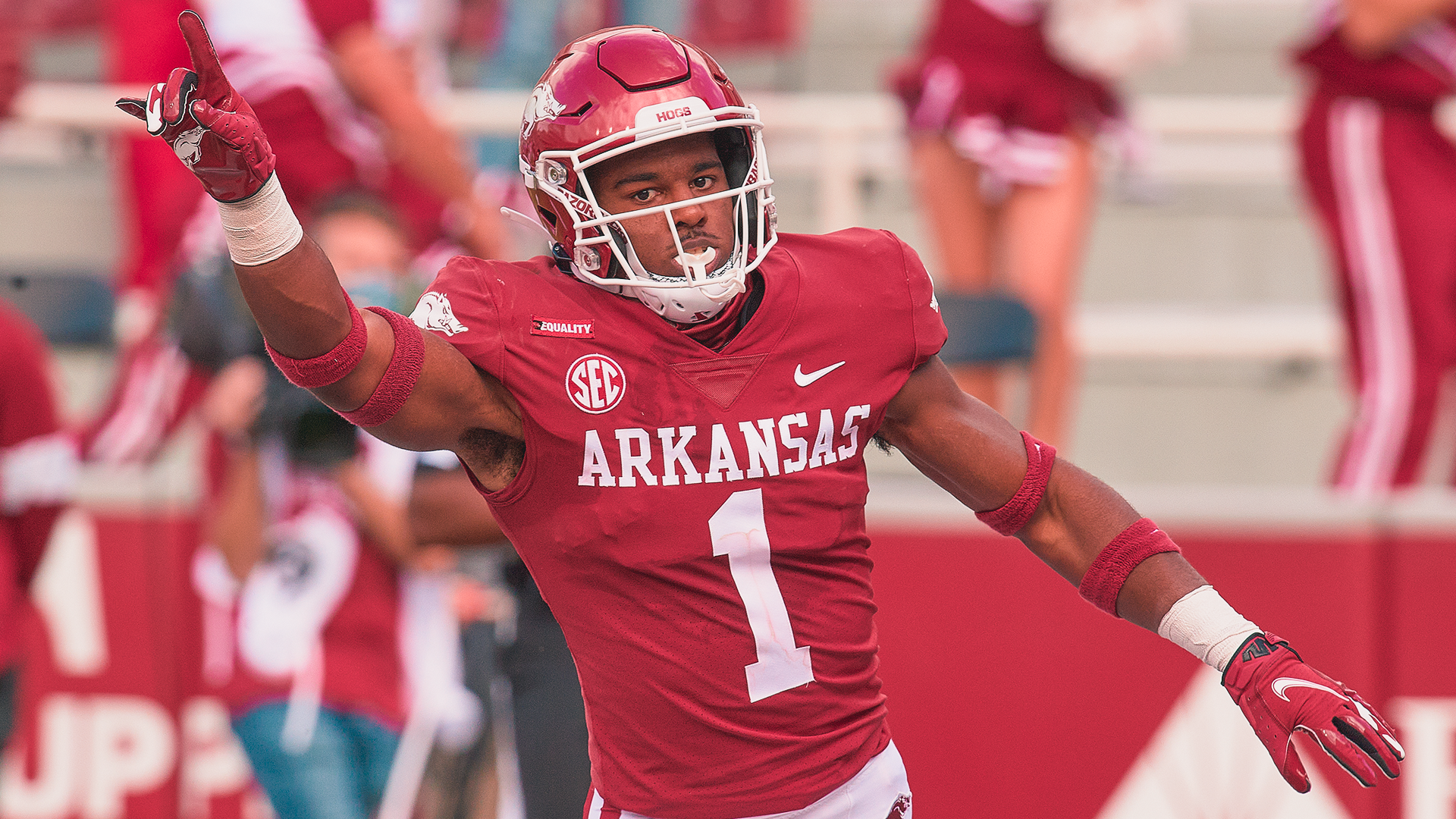 FAYETTEVILLE, Ark. – Arkansas standout Jalen Catalon has been named a preseason All-American by The Associated Press.

One of the best safeties in all of college football, Catalon was named to the AP’s second-team defense on Monday after logging 99 tackles, 2.0 tackles for loss, three interceptions, four pass breakups, one fumble recovery and two forced fumbles as a redshirt freshman last year. His 9.9 tackles per game tied for the FBS freshmen lead and was fourth among all SEC defenders.

The Mansfield, Texas, native heads into the 2021 campaign with a long list of accolades, including preseason All-SEC honors as well as watch list recognition for the Bednarik Award, Jim Thorpe Award and Bronko Nagurski Trophy.

Catalon and the Razorbacks open the season at home against former Southwest Conference rival Rice at 1 p.m. Saturday, Sept. 4, on SEC Network+/ESPN+.