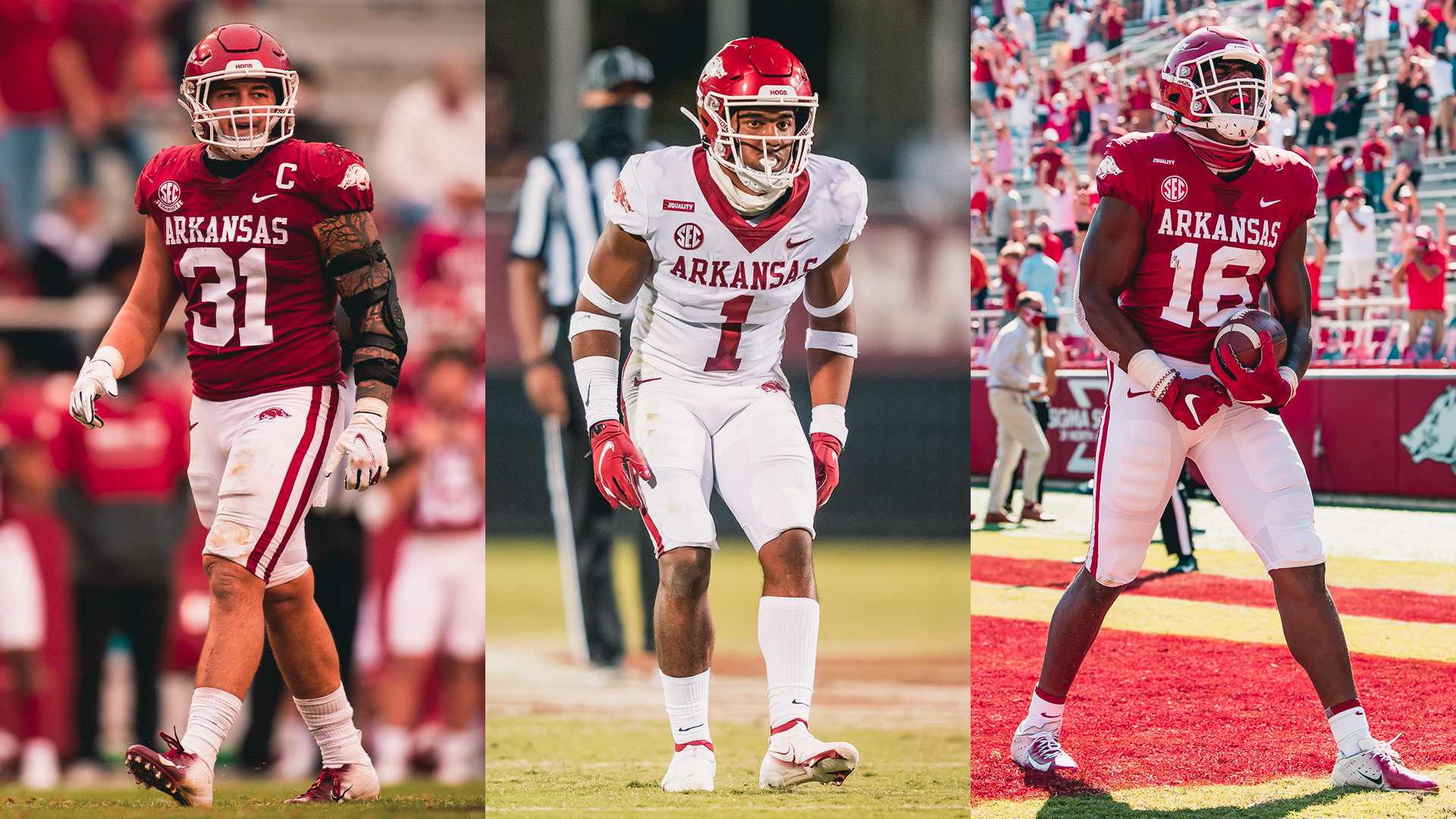 Defensive back Jalen Catalon and linebacker Grant Morgan were named to the watch list for the 27th Chuck Bednarik Award, while wide receiver Treylon Burks earned a spot on the watch list for the 85th Maxwell Award. The Maxwell Football Club announced its watch lists for both the Bednarik Award, given to the most outstanding defensive player in college football, and the Maxwell Award, presented to the most outstanding player in college football, Monday morning.

Arkansas is one of 11 schools with two student-athletes on the Bednarik watch list, which consists of 90 candidates overall. The Maxwell watch list, meanwhile, includes 80 players.

Catalon was tabbed to the All-SEC First Team by the AP and named a Freshman All-American by the FWAA last season after logging 99 total tackles, 2.0 tackles for loss, three interceptions, four pass break-ups, one fumble recovery and two forced fumbles as a redshirt freshman. The Mansfield, Texas, native was the first Razorback defensive back to earn All-SEC honors from the league’s coaches since Michael Grant (2007).

Morgan was one of the best players in all of college football last year after producing one of the greatest seasons in Arkansas history. The Greenwood, Ark., product, who was named a Walter Camp and AFCA Second Team All-American at the year’s end, posted a team-best 111 total tackles, including 7.5 for loss, with 2.0 sacks in 2020.

The linebacker finished tied for the nation’s lead in tackles per game (12.3) while intercepting one pass, breaking up five and registering one quarterback hurry. Originally a walk-on, Morgan joined Martrell Spaight (2014) as the only two Razorback defenders to garner both AP and Coaches All-SEC recognition in the last 10 seasons.

The Warren, Ark., native, who earned second-team All-SEC honors after the 2020 campaign, was one of only two FBS receivers to log 800+ receiving yards and 70+ rushing yards on the year.