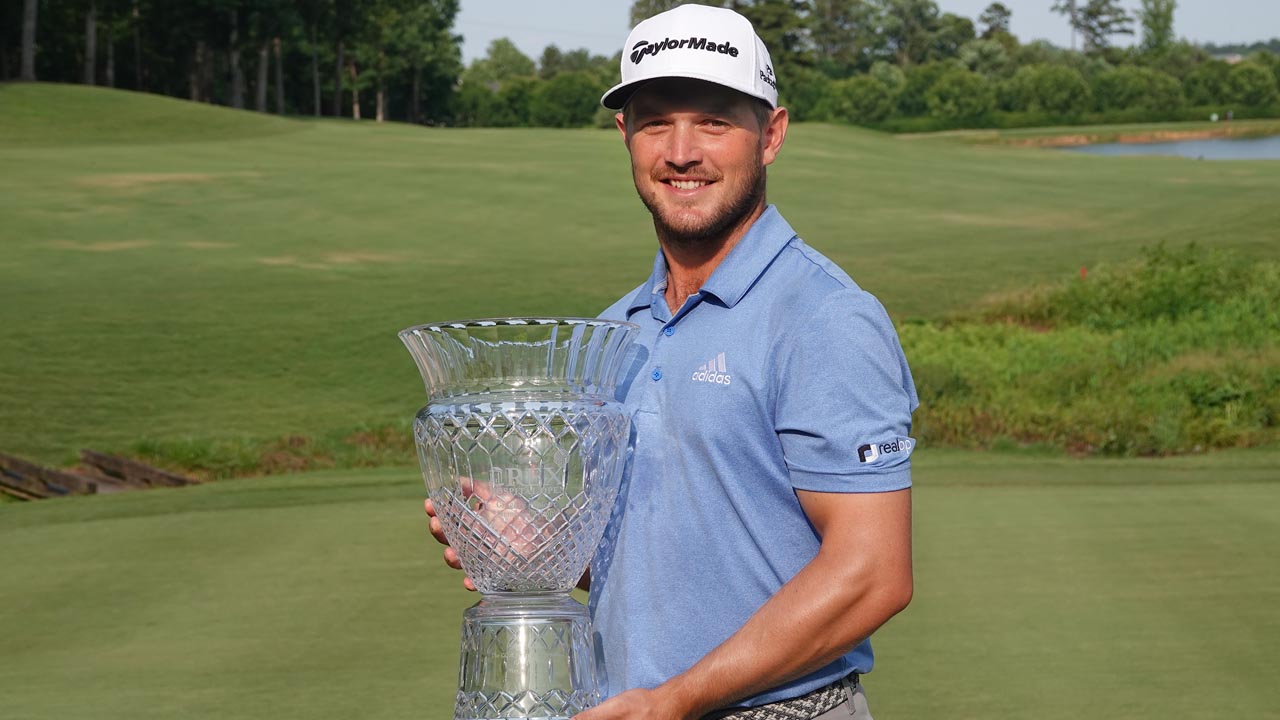 RALEIGH, N.C. – Beginning the final round of the REX Hospital Open four strokes off the lead at 14-under 199, Denmark’s Sebastian Cappelen knew the importance of getting off to a strong start. Back-to-back bogeys at Nos. 1 and 2 wasn’t exactly the start he intended.

Cappelen, 29, would rally over the course of the next 16 holes with seven birdies and an eagle. He finished his round in convincing style by sinking a 26-foot birdie putt on the 72nd hole to post a 7-under 64, good for the tournament record of 21-under 263 and a three-stroke victory.

“Going to No. 3, I told my caddie this was going to be one of those rounds where I make two bogeys early and then am going to play great,” Cappelen said. “That’s basically everything I was thinking about, just not letting those two bogeys cost me in the end…and it worked out.”

Cappelen’s victory, his second on the Web.com Tour, comes 108 starts after winning in his first Web.com Tour start at the 2014 Wichita Open Supporting Wichita’s Youth.

“When you come straight out of college golf and win your first event, you think this is not that hard,” he said. “Then, literally, from there, it has been downhill, because I haven’t won since. But, I’ve worked with some good people and it just reiterated that I need to focus on the process, know that I’m good enough and let the process take you to the goal someday.”

With his victory at The Country Club at Wakefield Plantation, Cappelen moves from No. 73 to 10th in The 25 with 671 points. The estimated total number of points needed to secure a PGA TOUR card at season’s end is 830.

Prior to this week, Cappelen had experienced an up-and-down year, making four cuts in 11 starts with three top-25 finishes.

“On this Tour, you have to win to move on,” Cappelen said. “I know how important it is to get a win fairly early so that you know what you have to do. But, I love this place and it’s so special for me to win here.”

In his first Web.com Tour start of the season, Raleigh native Grayson Murray began the final round 10 strokes off the lead, before matching his career-best score of 10-under 61 to take the clubhouse lead at 18-under 266.

After waiting two hours to see if his score would hold, Murray finished T2 with Zack Sucher. Murray played his last 52 holes without a bogey.
By virtue of his 2017 Barbasol Championship victory on the PGA TOUR, Murray remains exempt through the 2018-19 season. He has not made a TOUR start since withdrawing from the Valero Texas Open in early April with a back injury.

Zack Sucher, 32, followed a 9-under 62 in round three with a 4-under 67 Sunday to claim a share of second place, supplanting his previous-best of the season, a T4 at the Dormie Network Classic at Briggs Ranch. 36- and 54-hole leader Chris Baker posted a 1-over 72 to finish T4.

NOTES:
* This week’s purse is $650,000, with $117,000 going to the champion Sebastian Cappelen.
* Sebastian Cappelen’s first Web.com Tour win came at the 2014 Wichita Open Supporting
Wichita’s Youth.
* Cappelen finished his fourth round T1 in putts per green in regulation with 24 putts on 16
greens.
* Cappelen finished the week fourth in scrambling, converting 12 of 15 up-and-downs.