California Woolsey Wildfire Still Spreading Through Los Angeles Area, Expected They Could Burn For Up To Another Week

Officials said Monday that the Woolsey Fire continues to rage across Southern California, and may still be going a week from now. The deadly blaze has consumed 91,572 acres since it started Thursday in Simi Valley, near the border of Ventura and Los Angeles counties, according to L.A. County Fire Chief Daryl Osby. While reports said the fire was 20 percent contained by midday Monday, fire officials said full containment was still awhile away. “As far as 100-percent containment, we’ll be out here for the next week or two trying to mop this fire up,” Osby told reporters. It is estimated that 370 structures have been destroyed in Ventura and Los Angeles counties, more than double what had been estimated this past weekend. 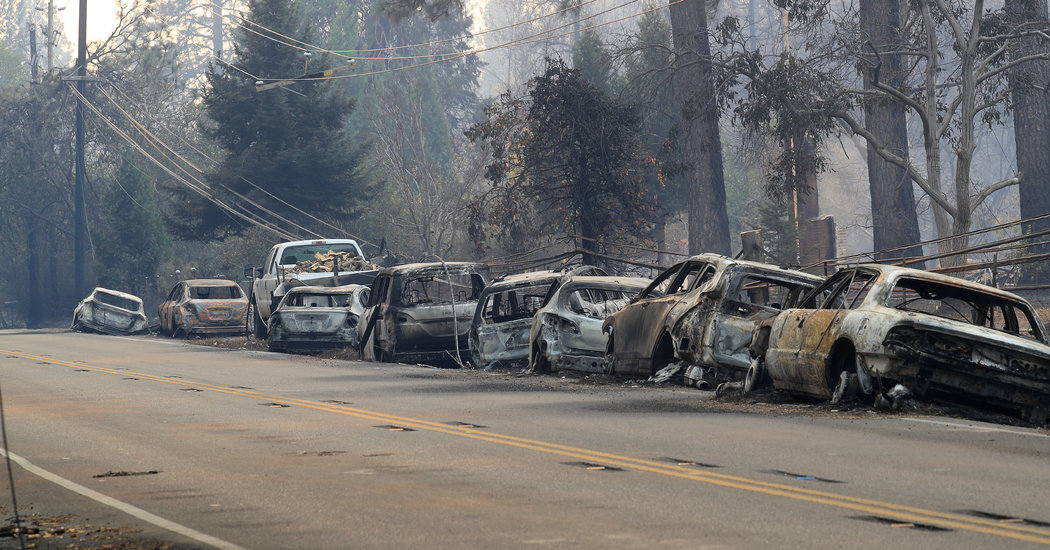 Via www.nytimes.com
PARADISE, Calif. — Fires whipped by strong winds were raging through thousands of acres of…
11/12/2018 1:21 PM