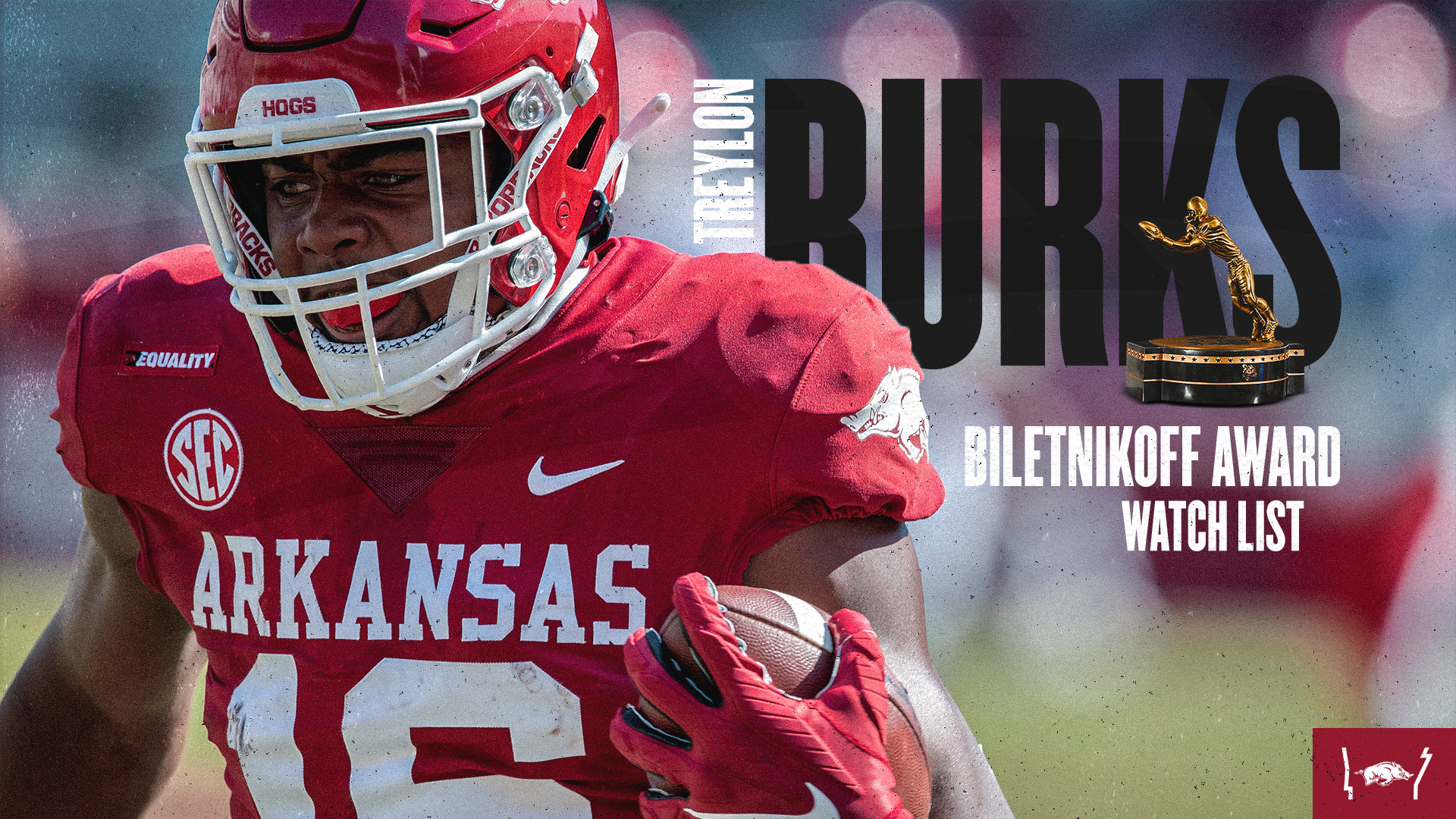 The Razorback wideout was one of 51 players named to the watch list for the Fred Biletnikoff Award, which recognizes college football’s most outstanding receiver. The Tallahassee Quarterback Club released its 2021 preseason watch list Thursday morning.

The Warren, Ark., native, who earned second-team All-SEC honors after the 2020 campaign, was one of only two FBS receivers to log 800+ receiving yards and 70+ rushing yards on the year. Earlier this week, Burks was named to the watch list for the Maxwell Award, which is presented to the most outstanding player in college football.

Burks and the Razorbacks open the season at home against former Southwest Conference rival Rice at 1 p.m. Saturday, Sept. 4, on SEC Network+/ESPN+.

No. 20 Arkansas looks to avoid letdown vs. Georgia Southern

Arkansas Falls To No. 18 Georgia Tech