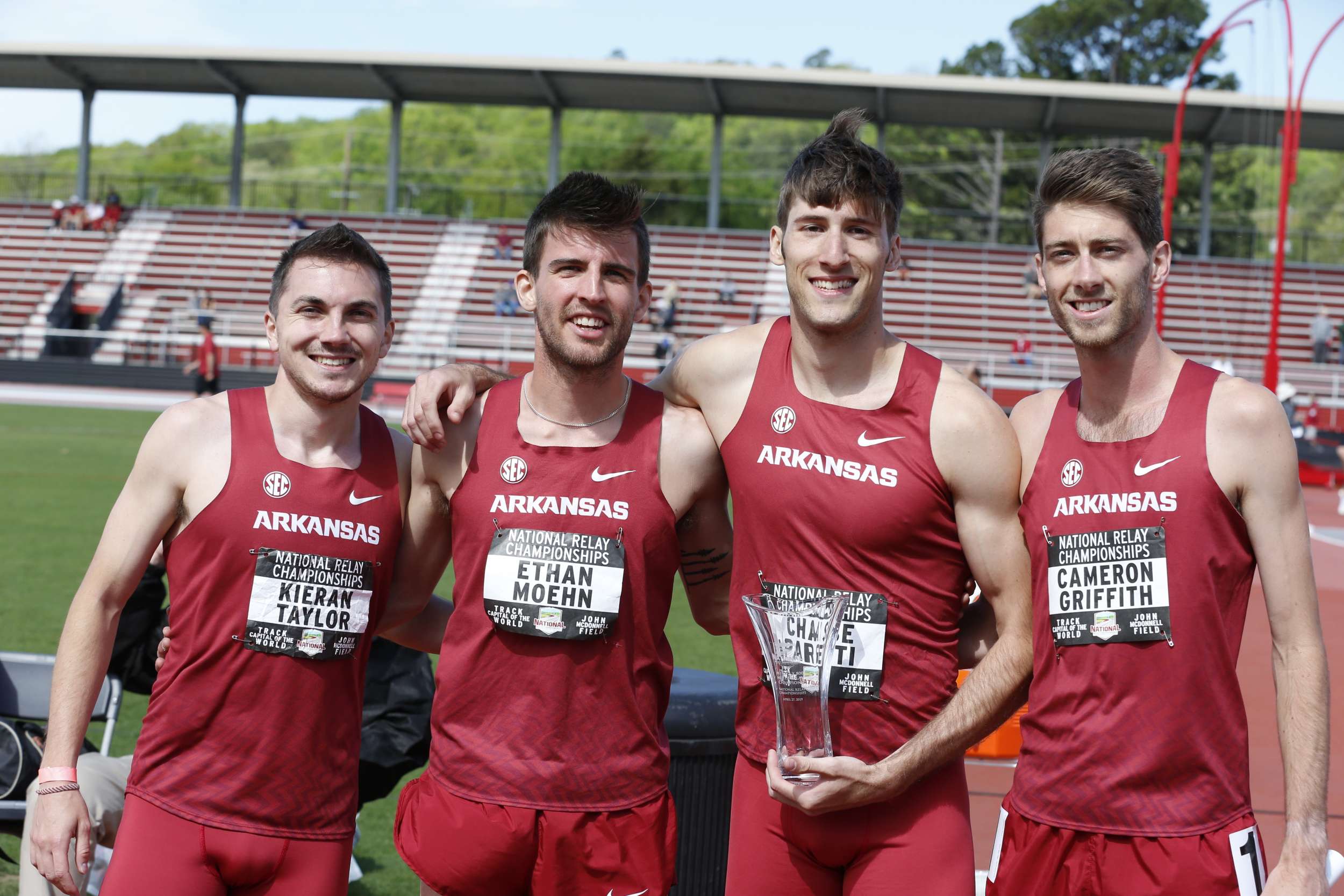 “I think we’re on the right track for the SEC championships in two weeks,” said Bucknam. “These guys did a great job, they compete hard and practice hard. I’m just really proud of they handled it today and they got a nice win.”

The Razorbacks struck gold in the 4×800-meters with Ethan Moehn, Kieran Taylor, Chase Pareti, and Cameron Griffith carrying the baton to the tune of 7 minutes, 39.47 seconds.

In the final event of the meet, Rhayko Schwartz, John Winn, Roy Ejiakuekwu, and Hunter Woodhall ran 3:08.66 for second-place in the 4×400-meter relay.