On Sunday in Las Vegas at the Shiners Hospitals for Children Open, Bryson DeChambeau claimed his fifth PGA Tour victory. DeChambeau defeated Patrick Cantlay by one shot. DeChambeau, who played on his first Ryder Cup team this fall, shot a five-under 66 in Round 4. DeChambeau now has four wins in 2018, but this marked his first in the new 2018/19 season. He’s now fifth in the world ranking. Trying to defend his title after earning his first PGA Tour win here last year, Cantlay finished second at 20-under after a final-round 6-under 65. He had three birdies and a bogey in his last four holes. DeChambeau made headlines at the beginning of the week after claiming he would putt with the flagstick in when the new rule takes affect. 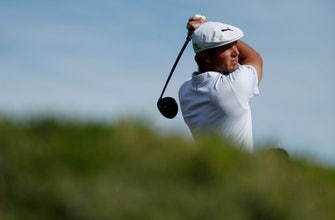