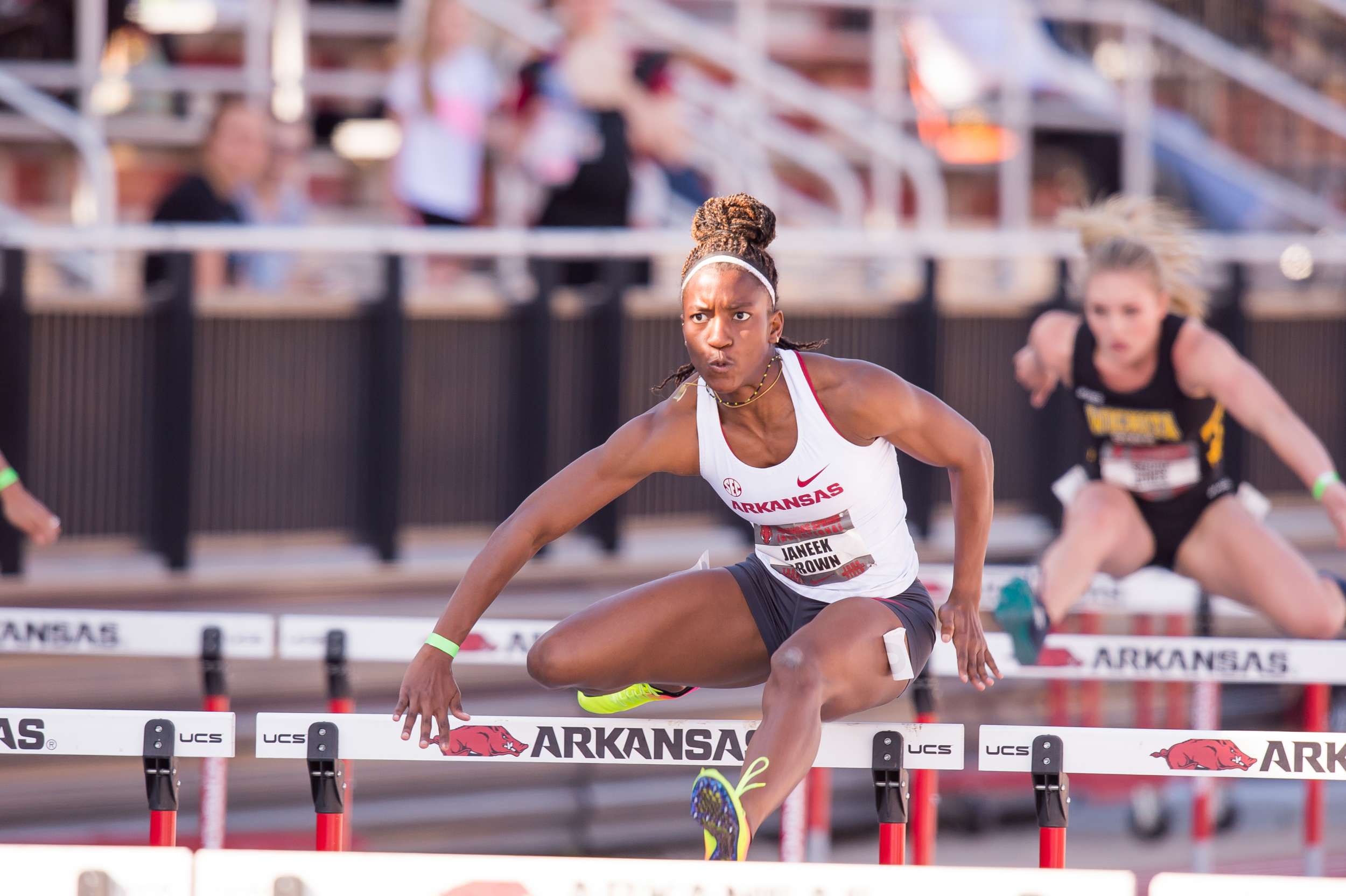 Brown ran away from the field in the 100-meter hurdles at the first meet on the campus of Texas A&M since 2004 Saturday afternoon. A native of Kingston, Jamaica, Brown’s time of 12.91 is the second-fastest wind-legal performance in the world this season, and third-fastest under all conditions. Brown currently leads the SEC in the event.