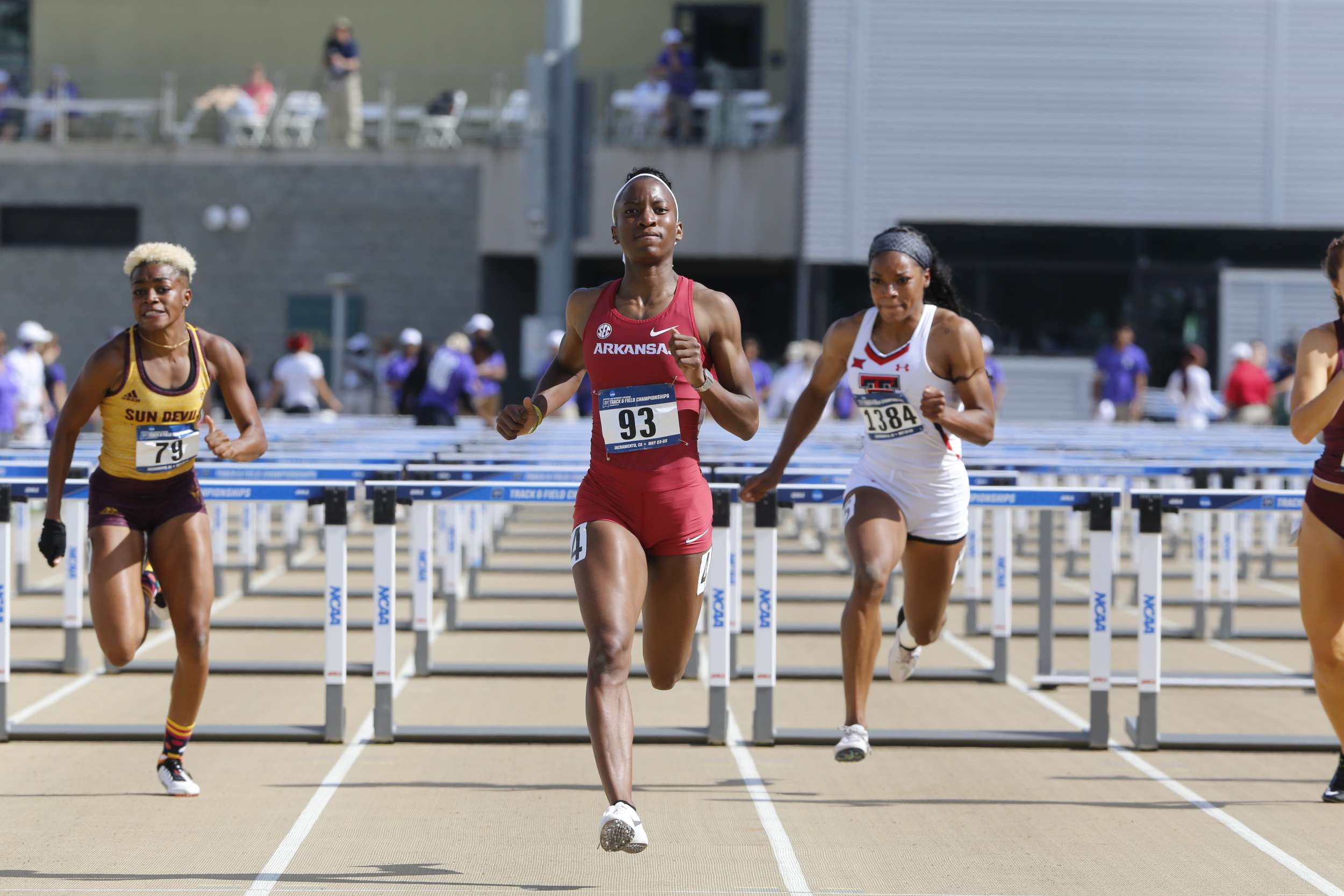 BIRMINGHAM, Ala. – The Southeastern Conference announced its 2019 Outdoor Track & Field Awards with Arkansas’ Lance Harter and Janeek Brown each receiving honors, as voted on by the league’s 15 head coaches.

It was previously announced that Arkansas’ Gabe Moore and Taylor Werner were named the Men’s and Women’s Scholar-Athletes of the Year. Werner captured the Triple Crown with the award, having been named the Scholar-Athlete of the Year during Cross Country, Indoor and Outdoor seasons.

Brown helped lead Arkansas to the SEC women’s title with a conference title in the 100-meter hurdles. She also finished fifth in the 200 meters and ran a leg on the SEC runner-up 4×100-meter relay. Brown contributed 16-total points at the SEC Championships.

Harter guided Arkansas to its eighth all-time SEC Outdoor Championship and secured the ’18-’19 SEC Triple Crown. This is the 37th-time in Harter’s career that he has earned SEC Coach of the Year honors and the second this year following his indoor honors.