Brooks & Dunn, Kacey Musgraves And More To Be Featured Exhibits At Country Music Hall Of Fame In 2019

The Country Music Hall of Fame announced the subjects of its upcoming exhibits in 2019: Keith Whitley, Kacey Musgraves, Brooks & Dunn, and Boudleaux and Felice Bryant.

The museum opens a special exhibit on Kentucky native Keith Whitley on Friday, May 3. The exhibit encompasses Whitley’s entire career, from his bluegrass roots to his success as a singer in a traditional style of country music.

Kacey Musgraves will be the subject of an exhibit opening July 3. Musgraves has created a sound that is rooted in traditional style country music, but also draws on new influences. This exhibit will trace her musical journey, which began in the 1990s in her East Texas hometown, Golden.

An exhibit on award-winning duo Brooks & Dunn—Kix Brooks and Ronnie Dunn—opens Aug. 9. Brooks and Dunn rocketed to stardom in the 1990s with their first four singles hitting #1. Their exhibition will recall their early careers as solo artists and songwriters, the circumstances that united them as performers, and their innovative approach to stage production and touring.

Finally, on Oct. 4, the museum will open a special exhibit on songwriting husband and wife Boudleaux and Felice Bryant. The couple, who were the first full-time songwriters in Nashville, were elected together to the Country Music Hall of Fame in 1991. This exhibition is presented by the Willard and Pat Walker Charitable Foundation.

In addition, the previously announced exhibit, American Currents: The Music of 2018, will open on March 8 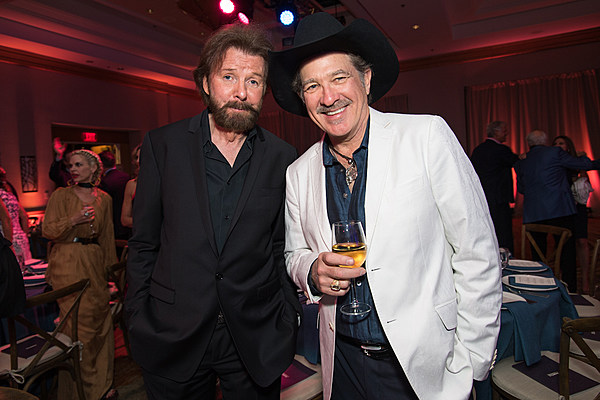 Mitchell Tenpenny sends “Truth About You” to country radio