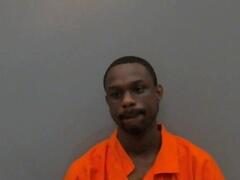 A $25,000 bond was set Monday for a Pine Bluff man accused of robbing a convenience store in the early morning hours Saturday.

According to the intake log at the adult detention center, Smith was also arrested for aggravated assault on a family or household member but during the court hearing, Deputy Prosecutor Jay Gerard said there was no mention of that allegation in the probable cause affidavit.

Gerard said police were sent to the store at 2901 W. 28th Ave., at 3:30 a.m. where the clerk reported that a man later identified Smith had entered the store wearing a red hoodie and black overalls and walked to the beer cooler. The clerk said he told the man he could not sell beer because of the time and the man walked to the counter and pulled out a shotgun and told the clerk he had a gun.

The clerk said he told the man he didn’t care about the gun and the man grabbed two cans of beer out of a cooler and ran out of the store.

Gerard said police arrested Smith on the front porch of a house in the 1900 block of South Cedar St. and found the sawed-off shotgun and the two cans of beer. Smith was not interviewed because police said he was “extremely intoxicated.”

Smith was ordered to have no contact with the victim. The Public Defender’s Office was appointed to represent him.