Beyoncé re-released her “Lemonade” album last week, and for the first time it is streaming on all platforms. This re-release has also placed Lemonade back into the top 10 on the Billboard 200.

The release from Beyoncé marks the first time in her career that she has two top ten albums at the same time, the other being her Homecoming live album.

Lemonade will take the number nine position, while Homecoming is five spots higher at number 5. Billboard also details that her self-titled album, Beyoncé, and her double album I Am… Sasha Fierce also hold spots on the chart.

Homecoming saw a leap on the chart from its previous number seven slot. In the week, Homecoming moved 57,000 equivalent album units and Lemonade did 30,000 units. 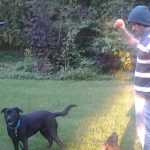 ‘In the Heights’ debuts to disappointing $11.4 million; ‘A Quiet Place Part II’ regains the top spot