Barbra Streisand and Late Late Show host James Corden will take a musical car ride, as seen in a new teaser trailer for Thursday’s installment of Carpool Karaoke. Streisand said on Twitter Tuesday alongside the trailer, “They say there’s a first time for everything… can you believe this was my first time singing out loud in a car? Had so much fun with @jkcorden – tune in to @latelateshow Thursday night! #BarbraWalls.”  In the clip, Corden is then shocked to discover that Streisand doesn’t play music in her car. “I don’t usually put the radio on to hear music. Do you really have to hear music?” Streisand says before the duo launch into a rendition of “Don’t Rain on My Parade” from Funny Girl. Streisand recently released a new single titled “Don’t Lie to Me” that will appear on her upcoming 36th album, Walls. The project is set for release on Nov. 2. 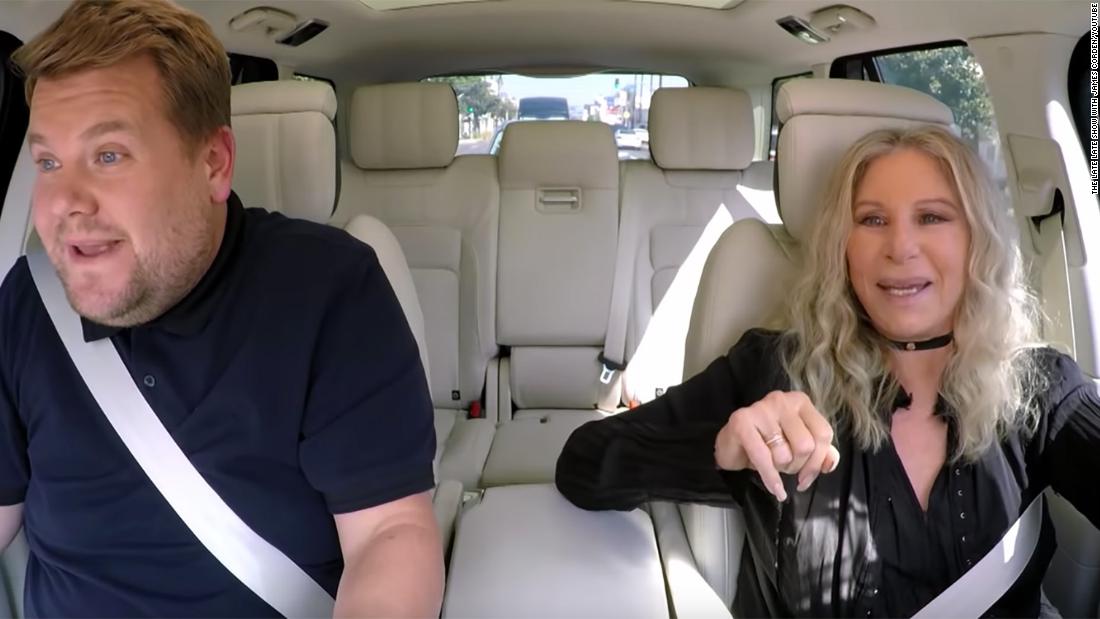 Via rss.cnn.com
Barbra Streisand’s opposition to President Donald Trump is giving her something to sing about.
10/31/2018 9:30 AM

Tom Hardy the next James Bond? Here’s what he had to say