Back To Work At Tumble Creek

Back To Work At Tumble Creek 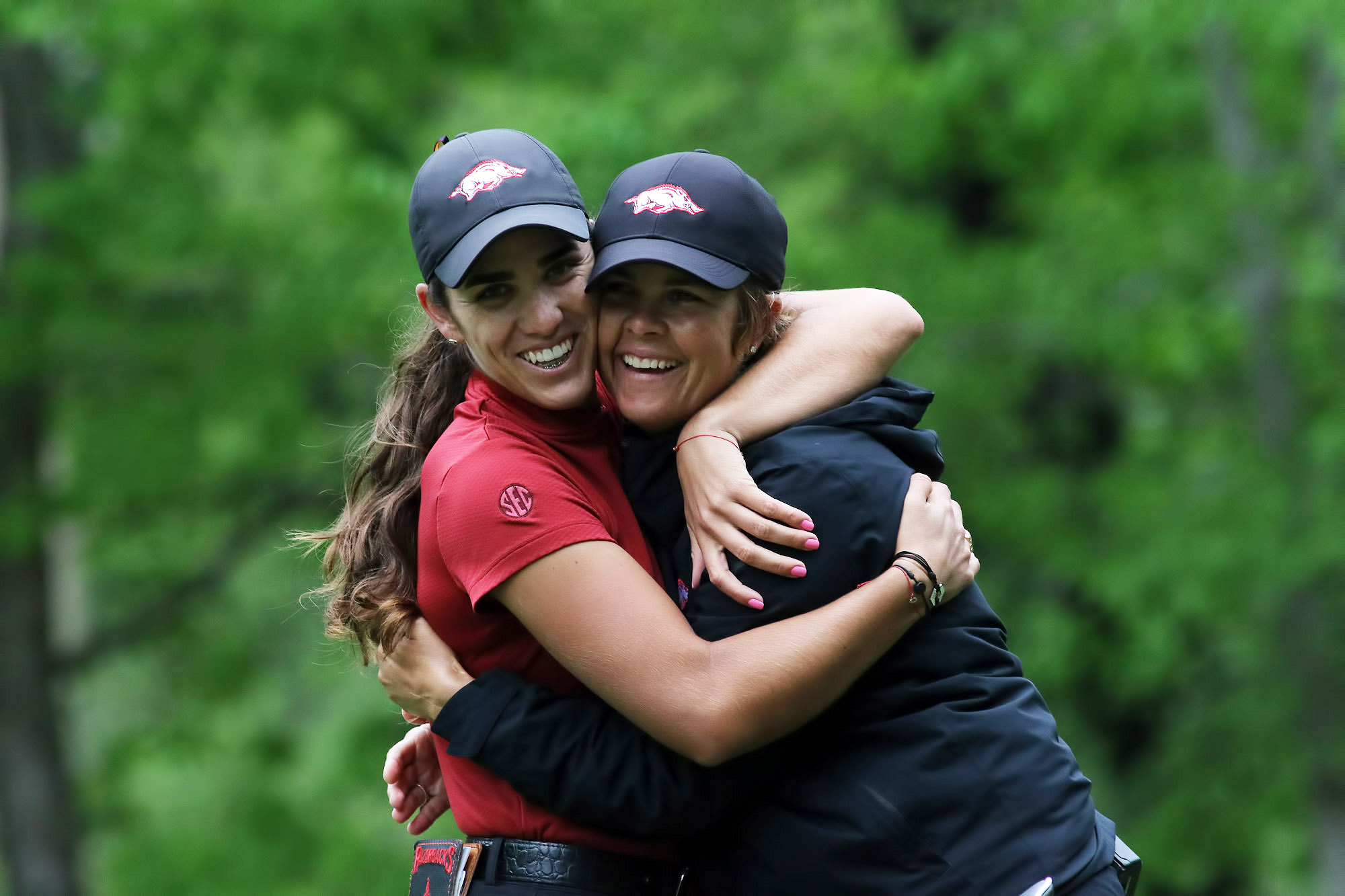 CLE ELUM, Wash. – It’s back to work for the No. 8 University of Arkansas women’s golf team as they take on a tough field at the 2019 NCAA Washington Regional Championship at Tumble Creek Club at Suncadia Resort in Cle Elm, Washington, this week.

The top-six teams from each of four NCAA Regional sites move on to the NCAA Championship at Blessings Golf Club in Fayetteville, Arkansas, May 16-22. The Regional Championship is three rounds of stroke play at the par-72, 6,306-yard Tumble Creek course.

Arkansas is making the program’s 18th NCAA Regional appearance and its 17th consecutive appearance. The Razorbacks won the first team and individual titles in program history last year shooting an 838 in Austin, Texas. Maria Fassi posted an 8-under 208 to earn medalist honors.

Fassi, one of three seniors on the traveling squad, is coming off her first win of the year earning medalist honors at the 2019 Southeastern Conference Championship in Birmingham, Alabama. She entered the final round of stroke play in second place but dominated the back nine to win the title.

Senior Kaylee Benton is also in the midst of a personal-best season. Benton played to a runner-up finish at the SEC Championship, joined Fassi and fellow senior Dylan Kim at the inaugural Augusta National Women’s Amateur and was just announced as the Coaches’ Pick for the Palmer Cup Team.

Kim is also an ANWA alum and is making her second Palmer Cup appearance this summer. Arkansas freshman Brooke Matthews and Ximena Gonzales round the traveling party this week.

It’s no easy draw for the Razorbacks who are the No. 2 seed at this Regional site. Top-ranked and Pac-12 Champion Southern California headlines the field as one of eight teams ranked in the Golfstat.com top-30. The others include No. 8 Arkansas, No. 9 South Carolina, No. 16 Northwestern, No. 19 and host Washington, No. 23 Miami, No. 26 Oregon and No. 29 San Jose State.

NCAA Golf Championships
The University of Arkansas and Blessings Golf Club are the proud hosts of the 2019 NCAA Women’s and Men’s National Championships. Admission and parking for the entire two weeks will be free, courtesy of Tyson Foods and the Tyson Family Foundation. The women’s event begins May 17 and is immediately followed by the men’s championship beginning May 24. For more information or to volunteer for the event, log on to www.NCAAGolf19.com.