A student and adult chaperone are dead after a full-size school bus collided with a dump truck on a major New Jersey highway Thursday, an accident that ripped the undercarriage completely off the bus and left it demolished on its side in the median. The bus came from East Brook Middle School in Paramus, a public school serving roughly 650 students in grades 5-8.  New Jersey Gov. Phil Murphy said at a news conference from the middle school that seven adults, including the driver, and 38 5th grade students were on board the bus. Apart from the two who died, everyone was injured and taken to the hospital for treatment. Some patients are in critical condition and undergoing surgery, Murphy also said. The crash occurred at 10:20 a.m. on Route 80 near exit 25 in Mount Olive Township, according to the New Jersey State Police. 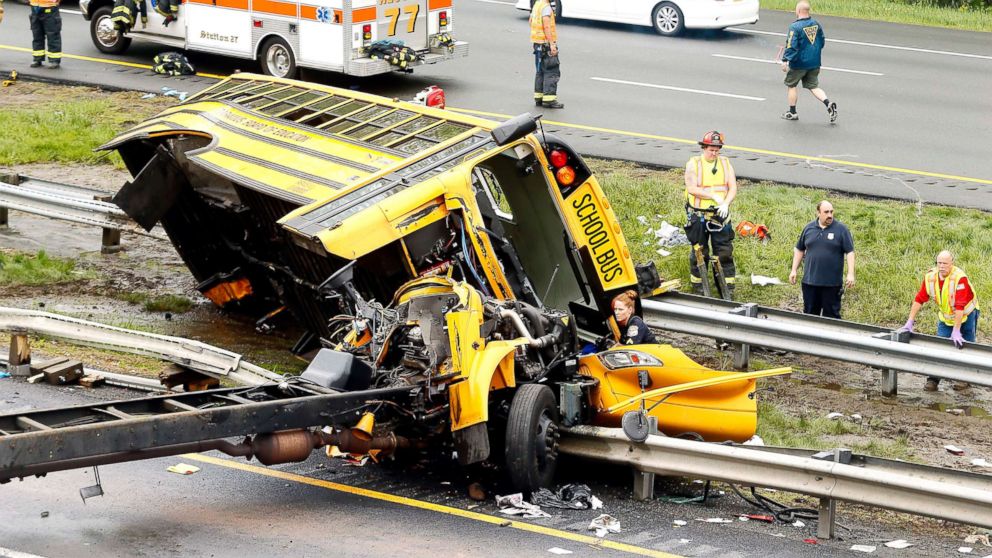 Via abcnews.go.com
At least two people were killed when a school bus full of middle schoolers collided with a dump…
05/17/2018 1:23 PM