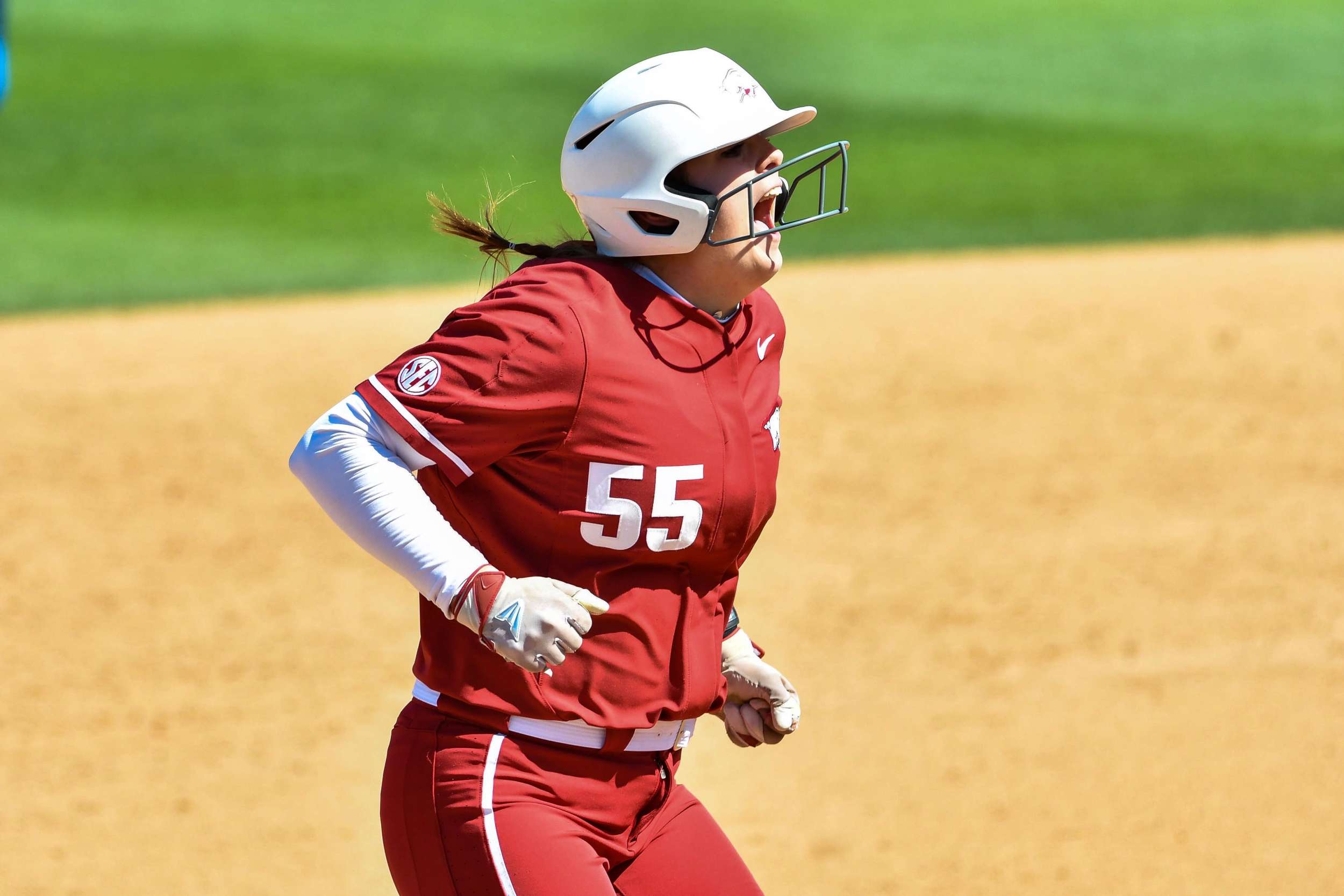 FAYETTEVILLE – The No. 13 Razorbacks claimed their second conference series of the season with a 3-2 walk-off win over No. 18 Kentucky. Senior Katie Warrick delivered a third-pitch double down the left-field line to score pinch-runner Carley Haizlip in the bottom of the seventh. Warrick’s hit helped propel the Hogs to a 2-1 series victory over the Wildcats.

Arkansas (25-11, 6-6) got another solid performance from junior Autumn Storms in the circle today. Storms recorded her 13th win of the season, forcing 15 groundouts from the Kentucky offense. Storms saw the bases loaded twice and gave up no hits in either situation.

The Razorbacks scored first with an RBI single by Warrick in the first frame. Sophomore Hannah McEwen scored on the hit from third, after reaching first on a base hit to the right side.

Kentucky (22-13, 7-5) tied the game at two runs apiece with a two-RBI single through the right side off the bat of Alex Martens.

Arkansas’ defense held strong in the top of the seventh inning when the Wildcats loaded the bases with two hits and an intentional walk to Abbey Cheek. Senior Haydi Bugarin fielded a ground ball at second base and made the play at first for the final out of the inning as the Hogs avoided any additional Wildcat runs.

Sophomore Danielle Gibson reached base in the bottom of the inning and Arkansas called on pinch-runner Carley Haizlip. Haizlip advanced to second and into scoring position with a walk by senior Ashley Diaz. Warrick’s double that followed was the ninth of her senior season, bringing her career total to 20.

The Razorbacks continue to hold the series history in their hands, taking a 33-26 advantage over the Wildcats. Arkansas has not taken a weekend series from Kentucky since 2013, when the Hogs defeated the Wildcats in games one and two of the series. Arkansas also moves to 3-0 all-time when playing Kentucky on March 31.