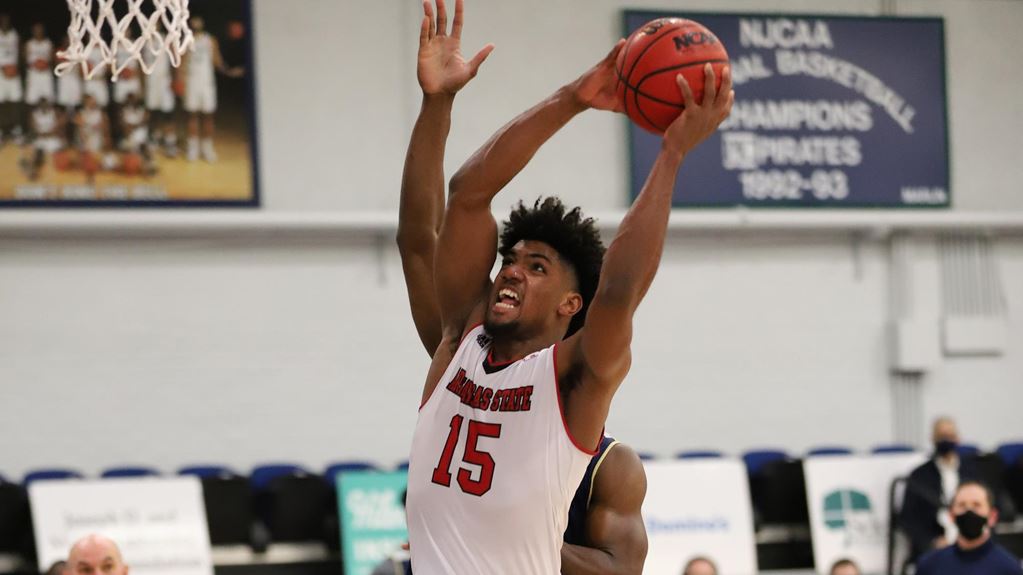 Coming off a then career-high 22 points against Air Force that earned player of the week accolades a week ago, Omier topped that performance with a career-high 31 points on 15-of-19 shooting as the Red Wolves closed non-conference play with a win over Lyon College on Dec. 21. His 30-point effort was the second by any Sun Belt player this season and his 15 made field-goals were the most among Sun Belt players this season and two shy of the First National Bank Arena record.

Omier added 10 boards for his seventh double-double this year and fifth in the last six games. He added five blocks, an assist and a steal as well. He is among 16 Division I players average a double-double and his seven double-doubles are the third-most nationally.