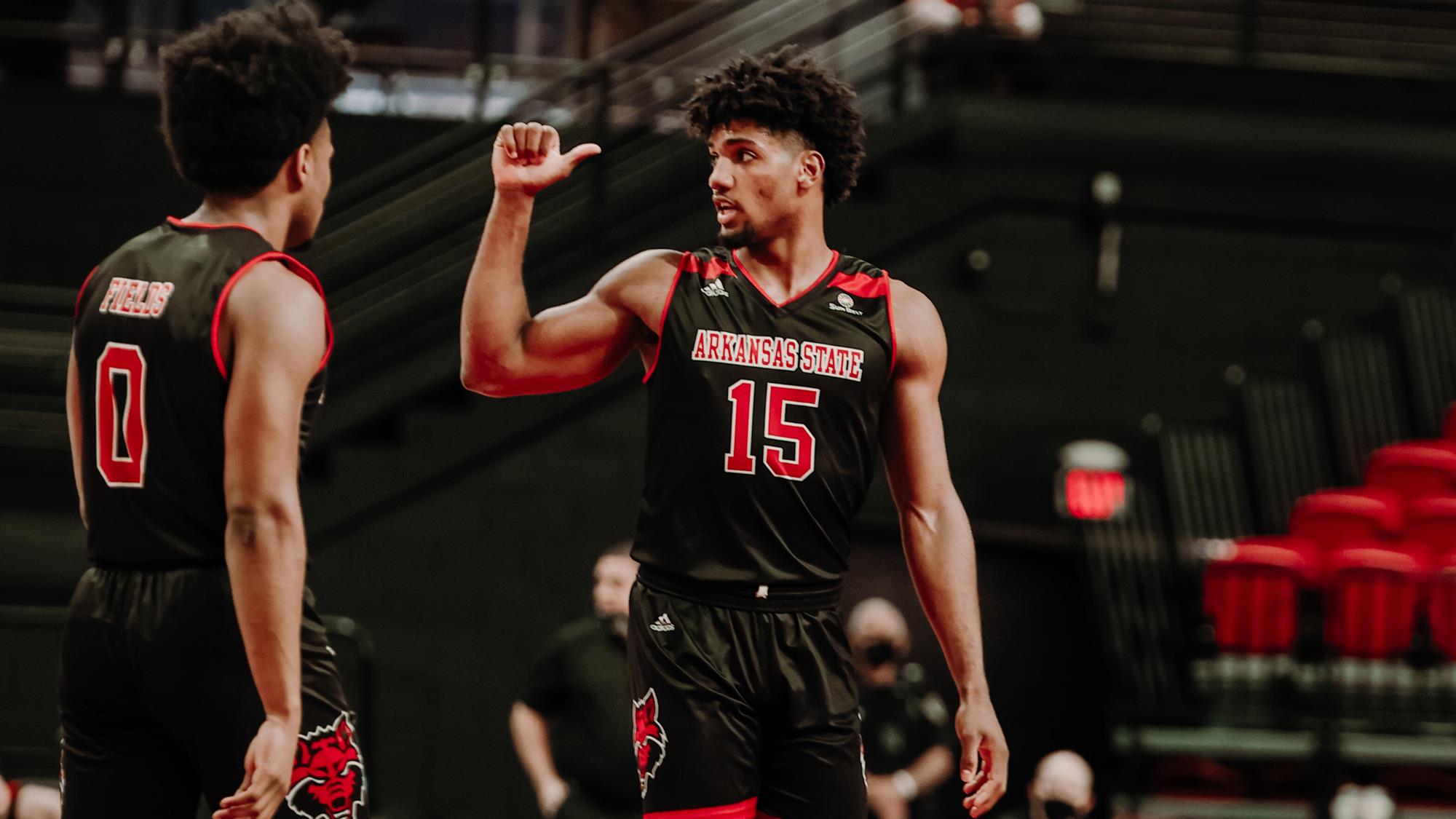 Basketball season is just around the corner and fans can get their first look at the Arkansas State men’s basketball team with the Scarlet & Black Scrimmage Wednesday, Oct. 20 at 7:00 p.m. inside First National Bank Arena.

Admission is FREE with doors opening at 6:00 p.m. After team introductions, the two squads will square off in two, 16-minute halves with three media timeouts each half. Seats available for season ticket purchases will be marked and available for purchase during the scrimmage.

The lone exhibition contest for A-State is scheduled for Monday, November 1 at 7:00 p.m. against Blue Mountain College inside First National Bank Arena. The Red Wolves open the regular season Tuesday, November 9 at 7:30 p.m. against Harding, the first of 16 games on the home slate. A-State hosts the Eracism Invitational Nov. 26-28 with games against Morehead State and Kansas City.

The Red Wolves return 13 of 14 letterwinners from a season ago, including Sun Belt Conference Freshman of the Year and First Team All-Conference pick Norchad Omier and Second Team All-Conference selection Marquis Eaton. The 2021-22 season will mark the first time an A-State squad returns two all-conference players since J.J. Montgomery and Dewarick Spencer earned the accolades in the 2003-04 season and returned for the 2004-05 campaign. Overall, the Red Wolves return 97.9 percent of scoring and 97.1 percent of minutes played last season, sixth-most nationally in each category entering the 2021-22 season.

A-State added Arkansas transfer Desi Sills to the roster for the upcoming season. Sills averaged 7.5 points, 2.7 rebounds and 1.6 assists per game while playing 20.8 minutes per contest as the Razorbacks finished the 2020-21 season at 25-7 and advanced to the Elite Eight, losing to eventual national champion Baylor. He was the only player to compete in all 98 of Arkansas’ games over the last three seasons, logging nearly 2,240 minutes.

A two-time, first team 6A All-State selection at JHS, Sills helped the Hurricane to back-to-back 6A state championships. He averaged 15.5 points, 4.5 rebounds and 2.0 assists alongside Eaton as the duo led Jonesboro to a perfect 32-0 record and the state title in 2017, the first undefeated season since 1954. In his senior season, Sills averaged 20 points, 5.3 rebounds and 2.5 assists and was rated the No. 3 player in the state of Arkansas by 247Sports.com and ESPN while being a consensus top 50 pick among the nation’s top point guards.