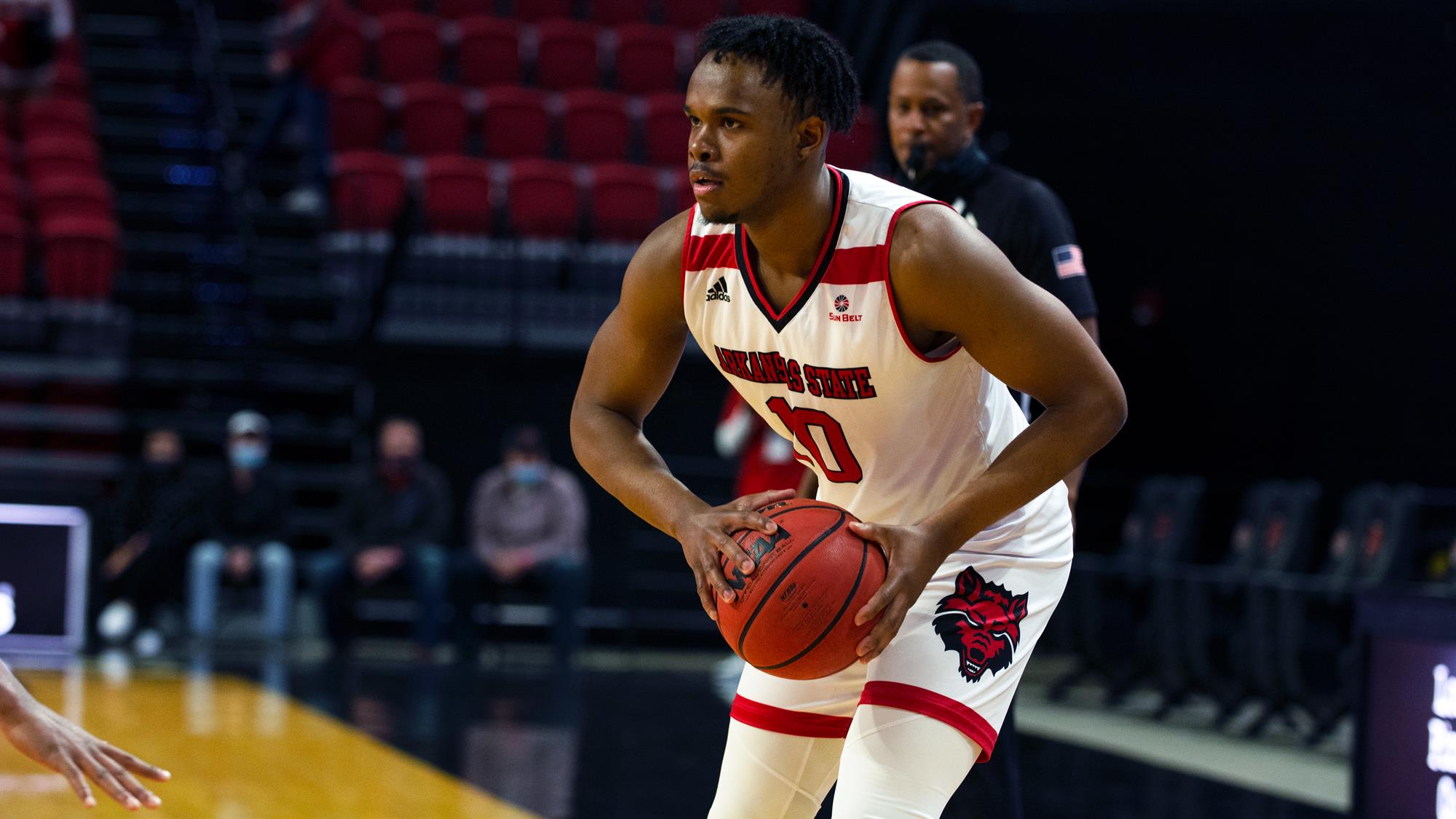 Allowing the fewest points by a Division I opponent since also holding Florida Atlantic to just 38 in 2013, A-State (5-3) won its second consecutive game and improved to 5-1 at home this season.  The Red Wolves shot .538 from the field and 44 percent from beyond the arc while giving up no more than 20 points to Mississippi Valley State (1-8) in either half.

Farrington’s 15 points all came on three pointers as he hit a career-tying five shots from the perimeter, becoming the first A-State player to make four or more threes in four consecutive games since Ryan Wedel during the 2006-07 season.  Junior guard Caleb Fields finished with 10 points for the Red Wolves, marking his sixth consecutive game reaching double figures.

Arkansas State never trailed, jumping out to a 13-2 advantage just five minutes into the game.  The Delta Devils were able to pull back within seven, 27-20, late in the first half, but Farrington closed the opening 20 minutes of action with a three to give the Red Wolves a 30-20 lead at the break.

Scoring the first five points coming out of the locker room, A-State led by double digits the entire second half.  The Red Wolves built the margin to as much as 58-32 with 3:18 remaining before going on to the 20-point victory.

Led by a season-high nine rebounds from freshman forward Izaiyah Nelson, who also posted a season-tying three blocked shots, A-State finished with a 31-26 advantage on the boards.  The Red Wolves also recorded 17 assists, including a game-high five dished out by sophomore guard Avery Felts.

Closing out a four-game home stand, Arkansas State returns to action Tuesday, Dec. 6, with a 7:00 p.m. outing at Central Arkansas.  The contest will appear on ESPN+.