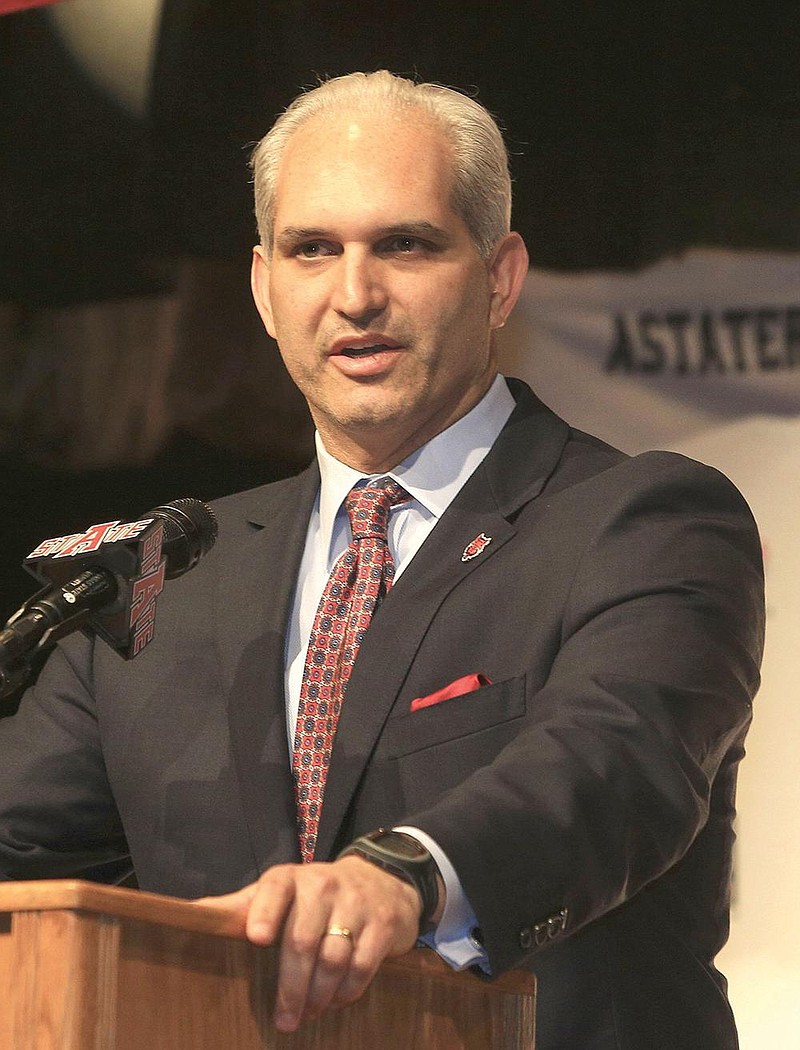 “When Beth and I came to campus for my interview as chancellor, our first stop that day was with Terry Mohajir,” said Damphousse.  “We left that meeting inspired by Terry’s vision for A-State Athletics and for the university as a whole. We knew immediately that he has incredible passion for his alma mater and for the success of his staff and his student-athletes, and that has continued to play out during our time together at A-State.

“As much as I will miss him as a friend and colleague, I am excited to watch Terry lead at his new university. We wish Terry, Julie, Maria, Molly, and Marco all the best as they make this transition to Florida.”

The national search for A-State’s next athletics director will be led by Damphousse and Arkansas State University System President Dr. Charles Welch, who have said that while they will move as quickly as possible, there is no timeline to complete the search.

“The search to find a new Vice Chancellor for Intercollegiate Athletics began yesterday,” said Damphousse.  “We are fortunate that Terry Mohajir has built a great Athletics program, and we anticipate that our position will attract the attention of outstanding candidates.”

“I had the privilege of hiring Terry eight-and-a-half years ago, and I knew immediately he had the right combination of passion and energy to build our athletics program,” said Welch.  “He has done exactly that and leaves us in a better place, and because of that we will have a high-caliber candidate pool attracted to our athletics director position.  I look forward to working with Kelly to identify the next person to continue leading our athletics department forward.”

During Mohajir’s tenure, the Red Wolves claimed 25 conference championships and won the Sun Belt’s most recent Vic Bubas Cup all-sports championship award, which was the program’s first since 1997-98.

Including four football Sun Belt Conference titles, the Red Wolves had 12 different sports win a conference championship under Mohajir’s watch.  A-State also posted its highest ever finish in the Learfield Sports Director’s Cup standings and had its first female student-athlete ever win an individual national championship.

A-State’s facilities were either newly constructed or renovated in numerous sports since 2012 as well, including a new $25-million press box and $29-million operations facility in the south end zone of Centennial Bank Stadium.

The growth of A-State’s brand was also reflected in its school-record fundraising totals and budget, which reached a school-record $43.1 million during Mohajir’s stint with the program.